Thus, it is essential for scientists and humans in common to differentiate which type of alcohol is which, if only for safety reasons.

Each kind of alcohol also has particular applications in personal and industrial environments. While no form of alcohol is good for human beings.

The species has a very old and long history of using ethyl alcohol as a recreational drug. Let’s discuss the main types of alcohol in detail.

Alcohols are those organic compounds. The presence of one, two or more hydroxyl groups (−OH) are the main characteristic of these compound.

The carbon atom in an alkyl group or hydrocarbon chain that is attached to it. Alcohol also comes in diverse structures and forms.

Alcohols are popular as one among most of the commonly occurring organic compounds. These are useful in the form of sweeteners, preparation of perfumes.

Sometimes in the procedure of synthesizing other compounds, in which some others are copiously mass-produced in organic chemicals coming in numerous industries. 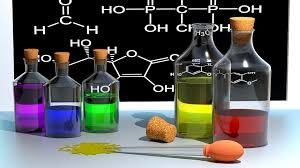 Alcohols classification is based upon the presence of the hydroxyl group. So the location of this hydroxyl group as well will change the physical and chemical properties of any alcohol.

The classification is according to the carbon atom of an alkyl group attached to the hydroxyl group. Most of the alcohols are colourless liquids and even behave as solid at room temperatures.

It is highly soluble in water, and with their increase in molecular weight. They tend to become less soluble and their vapour pressures, boiling points, densities, and the viscosities to accelerate.

There are three main types of alcohol: methyl, isopropyl, and ethyl which are also known as primary, secondary and tertiary alcohols respectively.

All are toxic. Human beings can consume the only ethyl, or grain, alcohol, but the others find use as sterilizing agents, or as fuels.

Primary alcohols are having the carbon atom of the hydroxyl group (OH) attached to only one single alkyl group. Some of the examples of these primary alcohols contain Methanol (propanol, ethanol, etc.

Methyl alcohol, also known as methanol and wood alcohol, mainly finds use as an industrial solvent. For example, paint remover and photocopier developers are the product of it.

It also works to fuel internal combustion engines. It keeps other fuels from freezing, thanks to its high freezing point, -143.68 degrees Fahrenheit.

Secondary alcohols are having the carbon atom of the hydroxyl group. That has two alkyl groups on either side.

The two alkyl groups exist may be either structurally identical or even different. Isopropyl alcohol also popular as isopropanol or 2-propanol or rubbing alcohol. It is more usually useful among physicians, who rub the poisonous material onto surfaces, tools, and human bodies.

It is popular for its cooling and disinfecting properties. Its high evaporation rate creates a popular choice for cleaning electronics.

Even it is found in everyday cleaning products. Isopropyl alcohol also is the main constituent of in cosmetics, including lotions. The chemical formula of this type of alcohol is C3H8O. But, isopropyl alcohol — along with some more dangerous types of alcohol — products have bittering agents that dissuade people from drinking it.

Tertiary alcohols are having the hydroxyl group attached to the carbon atom. It is part of 3- alkyl groups. The physical feature of these alcohols primarily depends on their structure.

The existence of this -OH group permits the alcohols in the formation of hydrogen links with their neighbouring atoms. The bonds made are weak, and this bond creates the boiling points of alcohols higher than its alkanes.

Brewers and distillers generally make it from grains or other pieces of plant matter. The liver generally is able to filter ethyl alcohol from the human body.

Q. What diseases can alcohol cause?

Ans: Alcohol dependence is the reason of hypertension, cancers of the digestive system, liver, breast and ovaries, and ischemic stroke, cancer of the respiratory system, and also coronary heart disease, and liver disease, such as cirrhosis.