Most of the foodstuffs that we consume every day such as sugar, fats, starch, vinegar, etc are basically organic compounds. Even though the organic compounds have been known to man since prehistoric times, their study practically began from the eighteenth century! The term “organic compound” was coined by Berzelius in 1807. Let’s explore more about these compounds

An organic compound is defined as any compound whose molecules contain carbon and hydrogen ( also known as ” hydrocarbons” ) or compound that is the derivative of it. The branch of science which deals with the scientific study of structure, properties and reactions of hydrocarbons and their derivatives is known as organic chemistry.

The general characteristics of Organic Compounds include:

Characteristics due to Presence of Covalent Bonds 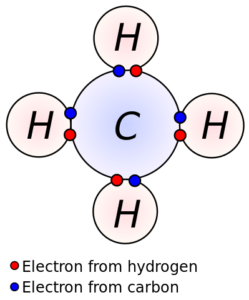 A covalent bond is a chemical bond that involves the sharing of electron pairs between atoms that in turn results in a balance of attractive and repulsive forces between the atoms. The presence of a covalent bond renders certain characteristics to the organic compounds. These include:

A Homologous Series is a group of organic chemical compounds, usually listed in the order of increasing size, that have a similar structure (and hence, also similar properties) and whose structures differ only by the number of CH2– CH2 units in the main carbon chain. They possess the following general characteristics:

Q 1. Which of these is not a property of organic compounds?

Ans: The correct answer is c. They have high melting as well as boiling points.