We all know that the world is becoming polluted day by day. These harmful pollutants are responsible for this problem which is mainly caused due to human activities. 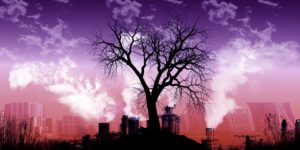 Water is greatly polluted these days and the harmful pollutants present in it are causing this. The runoff from industries, agricultural fields, and even urban areas contribute to it largely. For instance, the industrial waste consists of toxic contaminants which hamper the quality of water. Moreover, these pollutants also cause the growth of algae which results in choking of the aquatic plants. Other than that, it also brings down the levels of oxygen which is the basis for the survival of the species found underwater.

In addition, raw sewage is a major pollutant of water. It has a very negative impact on water quality and can cause a lot of deadly diseases. This happens because sometimes it mixes with drinking water supply posing a threat to life. Other than that, we have the trash which ends up in the water due to improper disposal. For instance, the plastic bags, bottles and more collect in the water causing the death of aquatic animals.

Soil also has a lot of pollutants which makes it very tough for the soil to remain fertile. Again we have the industrial sources contributing to it. Moreover, there is no proper disposal of the toxic chemicals materials so they end up in the soil.

Moreover, some common examples of soil contaminants are asbestos, PCB’s, lead, pesticide, and herbicide overdose and more. Thus, there is a need to manage these hazardous pollutants properly at all.

The air we breathe these days is heavily polluted, more than ever. One of the major air contaminants

is burning fossil fuels. This happens due to factory emissions and the use of automobiles.

When one burns fossil fuels, smog gets formed as well as a thick layer containing particulate matter which encloses large zones in it. Furthermore, air pollution also contributes majorly to the respiratory problems which are lung cancer, bronchitis, asthma, and other lung diseases.

Other than that, the air contains contaminants like nitrogen and sulfur oxides which cause acid rain. These acid rains affect the forests negatively as well as the inhabitants of those forests. Furthermore, it also degrades the qualities of the monuments, outdoor statues, and our buildings.

Light pollution is also a very damaging type of pollution which needs to be emphasized upon. It means when there is a lot of light present in any areas, this generally happens in urban and densely-populated areas.

The light contaminants prevent the people from seeing the features of the sky at night clearly. In addition, it also obstructs the activities of nightly animals and the migration patterns of birds.

Noise pollution is on the rise, especially in urban areas. Generally, humans and their activities make noises pollution. These noises are so loud they disrupt the quality and functioning of life.

These are horns of automobiles, loudspeakers, firecrackers, electrical appliances, and more. They hamper the movement of sea mammals like whales and dolphins. In addition, they also affect the nesting success of birds.

Question- Which of the following is not a noise pollutant?

Answer– The correct answer is option B. Fertilizers are soil and water pollutants, not noise.