Liquids and Gases both are termed as fluids. The reason being their property to flow. But at the molecular level, a liquid is different from a gas. From forces of attraction to the effects of physical properties, liquids show different properties and behavior. Here we learn the microscopic and macroscopic behavior of a liquid state. 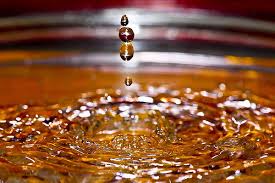 At normal conditions of temperature, pressure, and volume liquids generally, show the above-mentioned features. When the physical conditions change the basic characters of liquids also undergo a drastic change. Apart from the above characteristics, liquids also show the following properties:

When a liquid is filled in a container, its walls are occupied by the vapors from that liquid. Liquids show the unique property of turning into vapors, as soon as the temperature rises! Generally, vapors from the aqueous substance occupy the walls of the unfilled part of the container and exert a pressure on the walls of that container, this pressure is called the vapor pressure.

Liquids when heated evaporate. In closed vessels, the heating produces vapors which exert pressure on the container of the walls while when heated in open vessels, the vapors evaporate to the surroundings from the surface. When bulk vapors evaporate to the surroundings at a specific temperature, then that temperature is called the boiling point.  At the boiling point, the vapor pressure is equal to the liquid pressure.

The pressure directly affects the boiling point. In hilly areas liquids boil at the lower temperature as compared to plains. The reason for this is that at higher altitudes the pressure is very low, hence the boiling point is also comparatively low.

The boiling point is not a result of heating, rather it is the outcome of the increasing vapor pressure. Initially, we can see a line between the liquid phase and vapor phase but as the temperature increases, the speed of vaporization also increases leading to more and more molecules entering the vapor phase. With the rising density of vapors, the density of liquids decreases making the molecules move apart from each other.

We already know that liquids do not have a shape of their own, they take the shape of the container! Despite its undefined shape, we know that the drop of any liquid looks like a sphere. Why is it so? The answer is due to surface tension of liquids.Surface tension is the property specific to liquids. 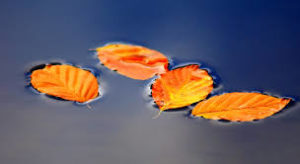 The viscosity of a liquid substance is a measure of resistance to flow. The intermolecular forces and internal friction between the moving molecules in the liquids make them viscous to flow. When a liquid flows, the molecules in contact with the surface are stationary, while the upper layer tends to move, the velocity of this moving layer increases with the distance of layers from the stationary layer.

This implies that the farther the moving layer, the faster it moves. This kind of increasing velocity is termed as Laminar flow. The lower layer nearest to the surface retards the movement of the layer above it, this results in viscosity in liquids.

Here, η is the proportionality constant and is called as the coefficient of viscosity. The unit of η in SI system is 1 Newton second per sq.metre (1 N sm-2 ) or Pascal-second (Pa s), while in the CGS system the unit of η is Poise.

Effect of Physical Changes in Viscosity

The viscosity of the aqueous substance decreases with the increasing temperature. At high temperature, the force of attraction between the molecules decreases and due to the high kinetic energy in the molecules the intermolecular forces slip past each other in the layer. This results in decreased viscosity.

Sample Examples For You