Out of all the states of matter, the gaseous state is considered one of the simplest. A slight increase in the physical conditions of temperature or pressure can be easily observed. The study of a gas has had profound impacts on the development of various theories in nature. Let us see!

What are Gaseous Substances?

A look at the periodic table shows us that there are 11 elements in the table that exist in the gaseous state at room temperature. These elements are Hydrogen, Helium, Nitrogen, Oxygen, Fluorine,  Chlorine, Neon, Argon, Krypton, Xenon, and Radon. 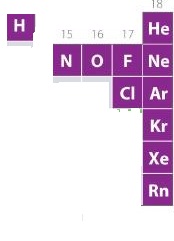 Elements that exist in gaseous state

Characteristics of a Gas

The gaseous state is the easiest to study. Any change in temperature results in evident changes in other quantities like volume and pressure. The properties can be explained easily on the basis of the Kinetic theory of gases. Therefore these facts make gases the easiest state to study. Let us see what else makes gases so special!

When compared to liquids and solids gases show very low density. As the intermolecular forces between the molecules are negligible, this state poses a very low density. But the density increases with decreasing temperature and increasing pressure.

Equal Pressure in All Directions 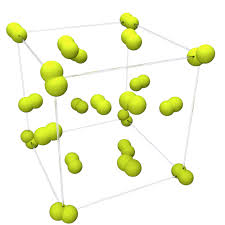 Volume of the Container

They mix evenly without the help of any mechanical change. The gaseous elements are more susceptible to reactions and admixtures. The huge gap between molecules gives the molecules of other elements an ease to mix with each other. This property of gases makes them highly reactive chemical elements.

The intermolecular force between molecules of gaseous elements is negligible. Hence these forces between the molecules in gas makes it the most compressible state of matter. The various characteristics associated with a gas also depend on the physical conditions faced by that gas. Hence in physical conditions like temperature, pressure or density may have a contradicting effect on a gases behaviour. At unchanged conditions, a gas follows an Ideal behaviour but as the conditions start changing, gases deviate from their due behaviour.

Q: Which method do we use to separate a mixture of gases having different molecular weights?

Solution: A) Atmolysis is the process of separation of gases or vapours of different molecular weights by passing them through porous membranes.