You must have come across many instances where Adivasis, Dalits, Muslims, women and other marginal groups in the country argue to be conferred with equal rights as other citizens in this democratic country. A lot of these marginal groups also look up to the Indian Constitution to redress their grievances. A lot of laws have been implemented to protect these groups from exploitation and unfair practices from time to time. Let us look at how are they confronting marginalisation.

According to the Indian Constitution, our society and polity are absolutely democratic. The list of Fundamental Rights, enshrined in our constitution defines this democracy in our country. Therefore, everyone in the country must have equal access to these rights. However, the marginalized groups have drawn on these rights in primarily two ways. 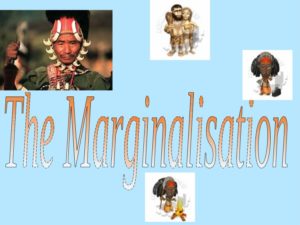 According to the Article 17 of the Constitution, untouchability is abolished – this means is that no one can stop the Dalits from education, entering temples, using public facilities etc. It also advocates practicing untouchability is wrong and is a punishable crime. Also, Article 15 of the Indian Constitution notes that no Indian citizen can be discriminated on the basis of religion, race, caste, sex or place of birth.

This allows the Dalits to ‘invoke’ or ‘draw on’ a Fundamental Right (or Rights) in situations where they feel that their Fundamental rights have been violated by anyone in the country, be it the local government, any person or even the central government.

What are the Laws for the Marginalised?

Both the state and central governments in India have taken initiatives to create specific schemes for implementation in tribal areas or in areas that have a high Dalit population to implement the Indian constitution. One example of this is the provision of subsidized or free hostels for the Dalit students so that they can pursue their education easily.

Not only this, but the government also operates through laws to ensure that concrete steps are taken to end inequality in the system. One such law/policy is the reservation policy that today is both significant and highly contentious.

Steps for Protecting the Rights of Dalits and Adivasis

In addition to policies, our government has also enforced specific laws that protect against the discrimination and exploitation of marginalized communities. Let us now look at some of the acts enforced to protect the marginal groups.

The Scheduled Castes and Tribes (Prevention of Atrocities) Act, 1989

This Act was framed in 1989 in response to demands made by Dalits and others. The demand was that the government must take serious steps against the ill-treatment and humiliation that the Dalits and tribal groups face in an everyday sense.

While such treatment had persisted for a long time, it had become violent in the late 1970s and 1980s. This called for the enforcement of this act. The Act distinguishes several levels of crimes. Firstly, it lists modes of humiliation that are both physically horrific and morally reprehensible and seeks to punish those who:

Secondly, it lists actions that dispossess Dalits and Adivasis of their meagre resources or which force them into performing slave labour. Thus, the Act sets out to punish anyone who:

Adivasi Demands and the 1989 Act

The 1989 Act is important for one significant reason. The Adivasi activists refer to it to defend their right to occupy land that was traditionally theirs. Activists have asked that those who have forcibly encroached upon tribal lands should be punished under this law. They have also pointed to another important fact. It is that the Act merely confirms that land belonging to tribal people cannot be sold to or bought by non-tribal people.

Q. List two Fundamental Rights in the Constitution that the Dalits can draw upon to insist that they are treated with dignity and as equals.

Ans: Right to Equality and the Right to Freedom.