A law that relates to a crime is known as criminal law. In these laws, punishment is used as a bearer torch. This is done to prevent and prohibit the citizens to avoid them from unsocial and wild behavior or conduct. Also, this law ensures that the citizens of India are safe. Crime definition in India is defined using the criminal law.

This law perhaps is also known as the penal law. It consists of punishment which is to be given for various crimes like trying, charging and imprisonment of the criminals. Also, this law regulates how a person is charged, investigated, and tried. 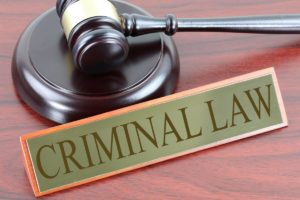 Definition and Meaning of Crime

There are many laws that are enforced through the threat of criminal punishment. Below are some of the known aspects of criminal law that helps understand more about the crime definition.

Furthermore, to know more about men’s rea, you can refer to the Latin maxim, where its principle of doctrine is mentioned. Under this act, the person is not guilty unless his/her mind is also termed guilty.

Suppose a person X unknowingly puts on the shoes of a person Y. So, should the person X be deemed guilty? No, the person Y is not termed as guilty. Although he commits a crime of taking the shoes of person Y without consent, there is no proof that he did it on purpose.

Thus, the person X had no intention of taking the shoes from Y. In this case, men’s rea is applicable. Men’s rea is acceptable throughout the globe. But there are extents to which this law can be applied.

There are some laws like factories act of 1948, essential commodities act of 1955, etc that ignores the presence of this law completely. There are exceptions provided under chapter 4 of section 76 of IPC which states that a person can be liberated for any crime as fact but not as a law.

Actus reus is a juristic concept which shows the physical representation of a crime. Thus, it shows how the crime committed affected the person physically along with his conduct at that point in time. So, this concept can be applied while considering the fact, time, place, person, possession, consent of the victim, etc.

Q. Suppose an officer X of the justice or court was ordered to arrest a person A. He believed a person B to be A and arrested him. Is the person X guilty?

A. X has committed the offense

B. X has not committed the offense

C. He has committed the offense of arresting the person by mistake

D. He has not committed the offense by arresting the person by mistake

Answer: B. X has not committed the offense