Post-independence India had adopted a very conservative economy that was practically shut to the outside world. But as time went by, Indian leaders and economists recognized the need to merge with the global economy. So in 1991, India went through some very major economic reforms. Let us focus on one such aspect of the reforms – privatization in India.

In 1991 India made some major policy changes in their economic ideologies. There were stagnation and slow growth in the economy.

To tackle these problems the, then Finance Minister Dr. Manmohan Singh introduced some major economic reforms. Now, we call it the liberalization of the Indian Economy and the LPG reforms.

Privatization has a very broad meaning in economics. Everything that ranges from the introduction of private capital to selling government-owned assets to transitioning to a private economy.

Conceptualization of Privatization in India

1] Delegation: Here via a contract or franchise or lease or grant etc. the government keeps the ownership and the responsibility of an enterprise.

But the private company will handle the daily activities and deliver the product or service. The state will remain an active participant in this process.

2] Divestment: The government will sell a majority stake of the enterprise to one or more private companies. It may keep some ownership but will be a minority stakeholder in the enterprise.

3] Displacement: The first step here will be deregulation. This will allow private players to enter the market. And slowly and gradually the private company will displace the public enterprise.

Here the private sector will compete with public companies and ultimately outperform them, causing the public enterprise to be displaced.

4] Disinvestment: Directly selling a portion or whole of a public enterprise to private parties. 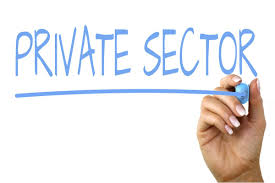 Q: What were the two main objectives of privatization?

Ans: In 1991 the primary objectives of privatization in India were,