Preposition of Measure, Standard, Rate, Value: A preposition is a word placed before a noun or a pronoun to show in what relation the person or thing denoted by it stands in regard to something else.

Trivia (Because who doesn’t love some trivia?) – The word Preposition means “that which is placed before”. 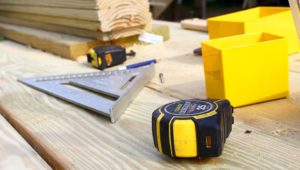 How about you look at a few examples here to give you an idea about prepositions:

Don’t worry one bit if you couldn’t follow the above fully or at all. We got you covered in a chapter we covered before, called kinds of Prepositions. This will elaborate on how prepositions are divided into Simple, compound, Phrasal, and Double prepositions. Now according to their functionality, prepositions can also be divided in prepositions of time or place or manner or possession or agency or source or cause or measure, standard, rate, value. The last one is the one we are going to break down in this chapter. So let’s get into it.

To begin with, this preposition is used for the purpose as it seems from the title: for a measure or state a standard or specify a rate or specify a value. There are a few prepositions that are used before nouns, adjectives or verbs to describe them in the context of a measurement. Let’s see a few examples to really understand what we mean here:

So now that we think you have a good idea of Preposition of Measure, Standard, Rate, Value, let’s have a look at a few prepositions and try to break down their usages:

Hope this chapter was useful in your learning. Watch this space for more amazing topics being simplified one after another in all your subjects.