Prepositions of Manner is all about how a certain thing happened or is done. Sometimes even referred to as Prepositions of Method, these include words like on, by, with, like, etc.

The most commonly used Prepositions of Manner are “by” and “with”. We make use of By whenever we talk about actions and it is usually followed by the gerund (verb + -ing) or a noun, while we make use of With to talk about objects or tools that are used to achieve something and it is often followed by a noun. This will make more sense as you read further: 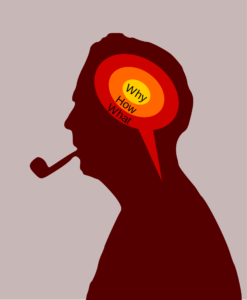 Answering the question of how:

2. Preposition of method- As if, like, on, as. These show the method with which something was done.
For example:

Try answering the question of how from the following examples:

Q: Fill in the blank with a suitable preposition.
She came to the party _______ auto.

Ans: The preposition ‘by’ is used to show how or in what way something is done, especially to denote the transport that is used for traveling. In the given context the person uses an auto to travel, therefore ‘by’ is the apt answer. Thus option A is correct.

Whereas ‘with’ in the given context would mean in the company of someone. Since the auto is not a person and cannot accompany the person to the party option C is incorrect. Similarly ‘for’ cannot be used in the sentence because ‘for’ is used to denote why something is done or for whom.

The party is not conducted for the auto, therefore, option B is incorrect. The preposition ‘of’ is used to express belonging, which is inappropriate here because the party doesn’t belong to or originates from the auto. Thus option D is incorrect.