Preposition of Contrast and Concession: Well we have seen how a preposition is a word that indicates a relation among the different elements in a sentence. It can basically show a connection between the noun or adjective or verb. Prepositions are of different kinds depending upon the purpose they serve. They may be indicating a time, place, manner, or cause, etc.

Preposition of Contrast and Concession: 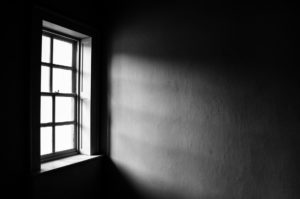 Forget about Prepositions for a second and focus on the word contrast. What does Contrast mean? Contrast is basically something strikingly different than something. It could be animate or inanimate. Colour black and white contrast each other. Qualities of good and bad contrast each other. We will see more of it in detail as we go further.

Concession are words like “though” or “although” that are used to show a different idea than suggested by the main part. For example:

You see how ideas mentioned in the above sentences are quiet contrasting. In the first example, a tall and athletic person should make it to the basketball team, she didn’t. In the second one, you’d expect the person who loves animals to not eat them. In the third sentence, a studious one should be popular among teachers but she isn’t. In the above sentence, he irony of the sentence is shown by the preposition of contrast and concession, though and although.

Preposition of Contrast and Concession:

Used after an adjective or adverb, the preposition as can be used in the place of though. Let’s see how that works:

3. In spite of and despite

These prepositions of contrast and concession can be alternatively used.

4. Nonetheless, nevertheless and however

Well, these are not exactly words that connect clauses. They usually mark discourses between sentences. Let’s see that with an example:

5. All the same and At the same time

Just like the above category of Preposition of contrast and concession, these prepositions do not connect two clauses. They are used after a semicolon to show the contrast of ideas in the two clauses. Let’s see an example:

Great work! Now that you have an idea, how about we do a few fun exercises:

Rewrite the following sentences using the preposition of contrast and concession:

Answer key to the above exercise:

That wraps up our chapter of Preposition of contrast and concession. Hope you had fun learning it!