Preposition of Agency or Instrumentality: As we covered before, Prepositions are words that link either the noun, or the pronoun with another word in the sentence so as to form a relationship between them. To define it: A preposition is a word usually placed before a Noun(or a pronoun) to show it’s relation to another element in the sentence. This element could be another noun, adjective or verb.

In our previous chapters, we read about the introduction and kinds of Prepositions. Further, we went one step further and dissected each kind one by one, which leads us to our chapter here – Prepositions of Agency or Instrumentality. Let’s understand it further: 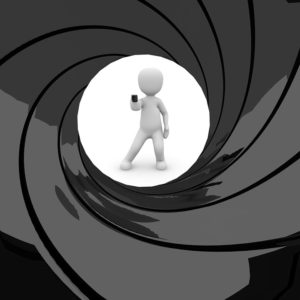 Preposition of Agency or Instrumentality:

These prepositions are usually placed to connect the doer and the doing, basically the noun and the verb. Agent, as you know, is the connector. It’s that which makes something happen. So that means Preposition of Agency or Instrumentality are placed in a sentence to fulfil the purpose of showing an agent. Let’s see which words do this and how:

By is usually used to show a doing by a person. Let’s see a few examples to get this fully:

Usually used to show a doing by a thing, with is another Preposition of Agency or Instrumentality.  Let’s see a few examples:

Alternatively, usually places where “with the help of” phrase is used can be replaced by with. We will see that the same words can be used in most kinds of prepositions alike. The key difference lies in the purpose we use the preposition for. You know which prepositions to use for agency or instrumentality. Keep having fun with grammar!

Share with friends
Previous
Structure of Proteins
Next
Biomolecules

all information is good but can u add more exceptions and errors that are commonly made while using prepositions.