A Natural disaster is an unforeseen occurrence of an event that causes harm to society. There are many Natural disasters that damage the environment and the people living in it. Some of them are earthquakes, cyclones, floods, Tsunami, landslides, volcanic eruption, and avalanches. Spatial extent measures the degree or severity of the disaster. 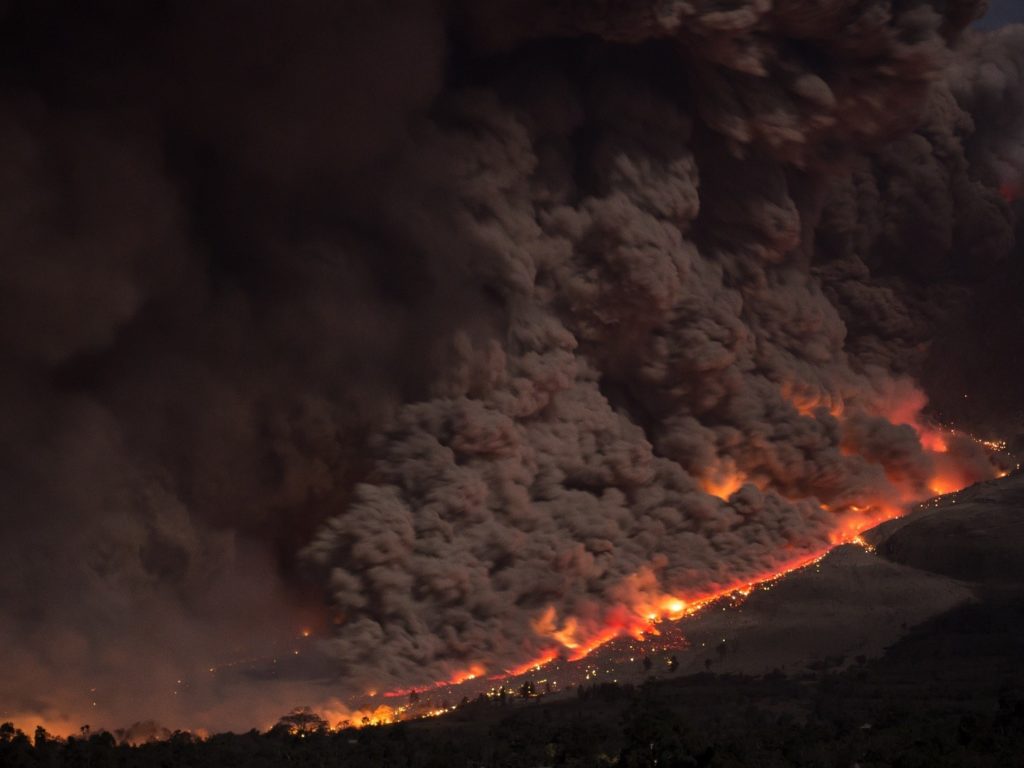 The severity or degree of damage can be further divided into three categories:

Small Scale Disasters: Small scale disasters are those that extend from 50 Kms. to 100 Kms. So this kind of disasters does not cause much damage.

Medium-scale disasters: Medium Scale disasters extend from 100 Kms to 500 Kms. These cause more damage than a small scale disaster. Moreover, they can cause greater damage if they occur in colonial states.

Large Scale Disasters: These disasters cover an area of more than 1000 Kms. These cause the most severe damage to the environment. Furthermore, these disasters can even take over a country if the degree is high. For instance, the wiping out of the dinosaurs was because of a large scale natural disaster.

Earthquake: An earthquake is the shaking or vibrating of the earth. An earthquake can range in sizes. As a result, some are so weak that they go unnoticed. But some are so strong that they can even destroy the whole city. Earthquakes can cause disruption of ground. Moreover, the can also cause landslides, avalanches, and Tsunami. However, the center of an earthquake falls mostly offshore.

Causes: These can cause of releasing of the energy. This release is from the core of the earth. Furthermore, the release of energy causes seismic waves. Rupturing of geological faults causes earthquakes. But other events like volcanic eruptions, landslides mine blasts can also cause it.

Landslides: Landslides is the moving of big boulders of rocks or debris down a slope. As a result, landslides occur on mountains and hilly areas. Moreover, landslides can cause destruction to man-made things in many ways.

Causes: Gravitational pull, volcanic eruptions, earthquakes can cause landslides. Moreover, soil erosion due to deforestation is also a cause of landslides.

Avalanches: Avalanches are like landslides. But instead of rocks thousand tons of snow falls down the slope. Moreover, this causes extreme damage to anything that comes in its way. People who live in snowy mountains always have fear of it.

Causes: Avalanches takes places when there is a large accumulation of snow on the mountains. Moreover, they can also occur from earthquakes and volcanic eruptions. Furthermore, the chances of surviving an avalanche are very less. This is because people die of hypothermia in it.

Tsunami: Tsunami is the production of very high waves in oceans and seas. Moreover, the displacement of the ground causes these high waves. A tsunami can cause floods if it occurs near shores. A Tsunami can consist of multiple waves. Moreover, these waves have a high current. Therefore it can reach coastlines within minutes. The main threat of a tsunami is if a person sees a Tsunami he cannot outrun it.

FAQs on Essay on natural disaster

A1. Natural Disasters are unforeseen events that cause damage to the environment and the people.

A2. Some Natural Disasters are earthquakes, volcanic eruptions, Landslides, floods, Tsunami, avalanches. Natural disasters can cause great damage to human society. But preventive measures can be taken to reduce the damage from these disasters.