If you ever visit the beach you’d find these slimy plants on the beach, do you know what are they? They’re sea-weed. They’re nothing but Algae. So, what’re algae? Let us find out!

Table of content
1 Suggested Videos
2 What are Algae?
3 Importance
4 Question For You

Algae are organisms, or living things, that are spread all over the world. They grow in many different shapes, sizes, and colors. They can exist on their own or they can grow on the surfaces of other organisms, in the soil or on rocks. These organisms are very important because they make much of Earth’s oxygen, which humans and other animals need to breathe. Some of these organisms, such as seaweed, look like plants. However, they are actually neither plants nor animals. Instead, they belong to a group of living things called protists. 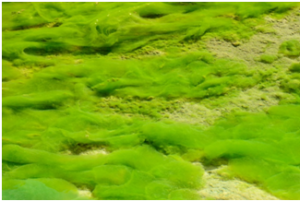 They vary greatly in size and grow in many diverse habitats. Microscopic algae, called phytoplankton, float or swim in lakes and oceans. Phytoplankton is so small that 1000 individuals could fit on the head of a pin. The largest forms of algae are seaweeds and can stretch up to 100m (300 ft) from the ocean bottom to the water’s surface.

Although most of these organisms grow in freshwater or seawater, they also grow on soil, trees, and animals such as turtles and polar bears and even under or inside porous rocks, such as sandstone and limestone.  They can tolerate a wide range of temperatures and they can grow in hot springs, on snow banks, or deep within the polar ice. 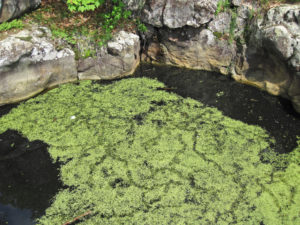 The algae (singular alga) comprise several different groups of living organisms. They are usually found in wet places or water bodies and that capture light energy through photosynthesis, converting inorganic substances into simple sugars with the captured energy.

Nearly all algae have parts that do photosynthesis. They make oxygen, unlike other photosynthetic bacteria such as purple and green bacteria. Some unicellular algae rely entirely on external energy sources and have reduced or lost their photosynthetic apparatus.

Q. Which of the following microorganism is autotrophic in nature?

An organism that is capable of synthesizing its own food from inorganic substances using light or chemical energy is called as an autotrophic organism. It includes green plants, algae and certain bacteria. Algae are photoautotrophs meanings they use light as the source of energy to prepare their food.