Museums are buildings in which we see many things of artistic, cultural, historical, traditional and objects of scientific interest. It is a great source of knowledge. It not only gives us knowledge but also makes us familiar with our history, culture, civilization, religion, art, architecture of our country. In the museum, there are many things which are kept for the public.

Through all these things we can come to know how people of ancient times lived, what they used and what things they made. Therefore, Museums are also called storehouse of history.

Museums can be divided into following categories:

Most of the museums are specific and have items pertaining to a particular field or area such as Railway, statues, Airforce, doll etc.

The national museum is the largest museum in India which is established in 1949 in Delhi. It contains a variety of articles from ancient to modern work of art. It has around 200,000 works of Indian and foreign art, covering over 5,000 years. 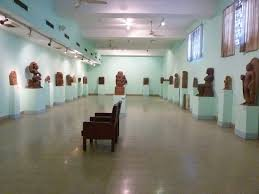 International Dolls Museum is a large collection of dolls in Delhi. It was set up by K. Shankar Pillai, a political cartoonist. 6000 dolls from 85 countries like Japan, Africa, and different states of India such as Madhya Pradesh, Rajasthan, West Bengal etc are on display at this museum. This historical Museum is dedicated to Tipu Sultan the king of Mysore and his troop is located in Dari Daulat, Karnataka. The palace has various items which are associated with Tipu Sultan. There are several oil paintings, clothes, weapons, crown, utensils and pencil sketches of Tipu Sultan and his family. 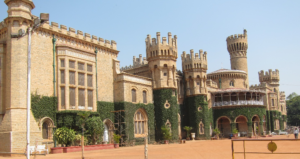 Indian Museum is the ninth oldest museum in the world and largest museum of India which is located in Kolkata. It is founded by the Asiatic Society of Bengal in 1814 and has a rare collection of antiques, ornaments, fossils, skeletons, mummies and Mughal paintings.

Sol. The correct answer is the option ”d”. The Government Museum of Chennai is often called the Egmore Museum due to its location in Egmore.