National income is the value of the aggregate output of the different sectors during a certain time period. In other words, it is the flow of goods and services produced in an economy in a particular year. Thus, the measurement of National Income becomes important.

There are three ways of measuring the National Income of a country. They are from the income side, the output side and the expenditure side. Thus, we can classify these perspectives into the following methods of measurement of National Income.

Under this method, we add the values of output produced or services rendered by the different sectors of the economy during the year in order to calculate the National Income.

In this method, we include only the value added by each firm in the production process in the output figure.

However, this method is unscientific as it adds the value of only those goods and services that are sold in the market or are available for sale in the market

Under this method, we add all the incomes from employment and ownership of assets before taxation received from all the production activities in an economy.

Thus, it is also the Factor Income method. We also need to add the undistributed profits of the private sector and the trading surplus of the public sector corporations.

However, we need to exclude items not arising from productive activities such as sickness benefits, interest on the national debt, etc.

This method measures the total domestic expenditure of the economy. It consists of two elements, viz. Consumption expenditure and Investment expenditure.

Investment expenditure refers to the expenditure on the making of fixed capital such as Plant and Machinery, buildings, etc. 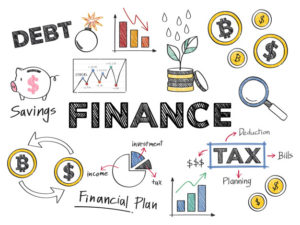 Difficulties in Measurement of National Income

Following are the difficulties in estimating the National Income

What is the usefulness of estimating the National Income?

The usefulness of estimating National Income is as follows:

why is personal income not taken into national income?

Bcz it is counted only one time and is counted in boss’s expense.
And according to boss it is expense and our’s income.
So personal income is not taken in national income

what is boss expence

It’s is taking into national income, it just depend on the approach you’re using, if you’re using an income approach (reward of factors of production) in getting your GDP, then all income at personal (reward for labour= wages and salaries), firm(interest, profit, dividend and undistributed profit) and govt level (this will be gotten when you get you calculate for your NI= NNP-(indirect business tax+subsidies) will be added together.

we use personal income on our on

what are the purpose of measuring national income for a country ?

To determine the growth of country