National Awards are very important from the perspective of the banking and other graduate level exams. National Awards in India are a part of the Indian Honours System. In the following section, we will see many such awards and their respective fields. We will also try and list the most important achievements that were made by in the respective fields of science, commerce, defense, technology etc. The list of awards is extensive and the candidates are expected to consult as many resources as possible for a complete listing of the National Awards.

Let us first list the main awards that the Republic Of India gives the people. Let us start with the Civilian Awards. These awards are to be instituted irrespective of any distinction of race, occupation, caste, position, or gender.

The most important civilian awards in India are:

The Bharat Ratna: The Bharat Ratna is the highest civilian award of the country and was instituted in the year 1954. The recipients of the Bharat Ratna receive a Sanad (certificate) which the President of India signs himself. The award also presents a medallion.

The Padma Awards: These awards were instituted in 1954. They are announced every year on the Republic Day of India. In the years 1977 to 1980 and 1993 to 1997, these awards were not given to anyone. There are three categories of these awards:

In the military awards we have the following categories:

In addition to the wartime gallantry awards, India also has the Peacetime distinguished service awards.

Awards For Women And Children

The following is a list of the literary awards in the Republic Of India: 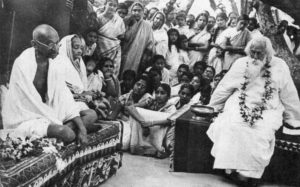 There are similarly other awards that the Republic of India conforms to its citizens.

In addition to these questions may be asked from other award and honours categories as well. For example, the Filmfare awards, State awards, Jio Awards, etc.

National Geoscience Award for 2016: Keshav Krishna who is a scientist of National Geophysical Research Institute (NGRI)

Bharatiya Jananpith Navlekhan Award 2016: Given to the two writers Shraddha and Ghyansham Kumar Devansh for their poem ‘Akash Mein Deh’

Q 1: Who among these following won the Jeevan Raksha Padak 2016?

Q 2: Who among these following won the Bharat Ratna in 2001?