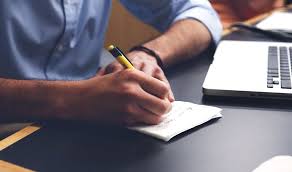 National income cannot be measured to a perfect number. But you can always estimate the income based on the data available to you.

Thus based on the consumption, expenditure, and trade data, there are three methods that you can use to measure the national income.

We will cover all the methods one by one.

This above method of measuring national income is also known as value-added or the output method. From the name itself that in this method the value added by various services and production goods are measured.

For the value added of the goods to be observed, the expenditure that is incurred on the intermediate goods is deducted from the goods itself.

These intermediate goods include unfinished goods which are purchased from the enterprises, raw materials, and the value of output produced by that enterprise.

This is the best simple method to calculate the national income. It is based on the theory that the value of that output produced by an enterprise is equivalent to the physical output produced to the times multiplied by the market price.

Thus, in this method price P is multiplied by quantity Q which is PxQ. As a result, the method is mostly used for the calculation of income in mining and agriculture.

To calculate the income from the distribution side, the income method is used. Thus, when the income is measured, during the time of distribution, it appears as the income paid or received by the people in that country.

This income in this method is obtained by adding up all the incomes of the people in the country. Services like land and capital which produces its own services are included in this method.

Thus, in this method, the payments done through transfer are not included in the national income. Further, illegal money like hawala money or smuggling money is also not included.

As this name suggests, this method includes all the expenditure done by the people in that country. The national income in this method is calculated based on the total expenditures made on the services and goods during the entirety of that year.

People spend their income on capital goods or consumer goods. So, all types of expenditures are calculated in this method. Thus, expenditures can be from anyone from households and private individuals to government expenses or the various business enterprises. This method is used mainly to calculate the incomes in the construction sector.

Q. Based on given options, what is not included to calculate the national income in India?

A. Value of service and goods

B. Services availed by housewives