Economy In The News – October to December 2017 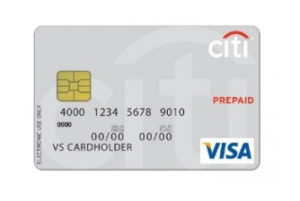 Foreign Exchange and inward remittance service provider company Transcorp International has launched a platinum pre-paid card in association with Yes Bank. This card can be used for transactions in stores and ATMs across the country. Transcorp – Yes Bank pre-paid card has been launched in association with RUPAY, powered by National Payments Corporation of India (NPCI).

AU Small Finance Bank has entered into a tie-up with SIDBI to launch Rs. 200 crore fund for providing loans to MSMEs. As per the terms of this tie-up, AU Small Finance Bank and SIDBI will earmark a corpus of Rs100 crore each for lending in the current financial year. Term loans in the range of Rs. 25 lakh to Rs. 2 crores will be extended in the next 12-15 months to nearly 100 MSME units

Ministries of Power and Textiles have joined hands under a new initiative SAATHI (Sustainable and Accelerated Adoption of efficient Textile technologies to Help small Industries). EESL, a public sector entity would procure energy efficient Powerlooms, motors and Rapier kits. The use of this efficient equipment would result in energy savings and cost savings to the unit owner.

RBI to make LEI must for companies

Reserve Bank of India (RBI) is set to make Legal Entity Identifier (LEI) compulsory for companies having aggregate fund-based and non-fund based exposure over Rs 5 crore. Fetching loan details on basis of LEI will prevent banks from extending multiple loans to companies against the same collateral.

Engineering Export Promotion Council of India has signed a MoU with PNB to provide easy access to finance for SMEs and merchant exporters of the council. PNB will provide finance with an assurance that loans up to Rs. 10 crores would be provided within 6 to 7 weeks at competitive rates. PNB would also extend foreign currency loan facilities and provide advisory support to EEPC India members.

The government has announced an allocation of Rs 2.11 lakh crore over 2 years for the recapitalization of public sector banks. The government will essentially issue bonds to banks worth Rs 1.35 lakh crore while Rs 76,000 crore will come through budgetary support. Lenders will subscribe to these bonds as part of their investment portfolio.

State Bank of India (SBI) has signed an agreement with Escorts Ltd. to finance farmers for purchase of Escorts tractors. The tie-up with Escorts is to promote, market and make accessible, organized finance facility, with superior features, at competitive interest rates to farmers across the country.

The Kerala government inked an MOU with Intel and UST Global for exploring the possibility of transforming the state into an electronic hardware manufacturing hub.  Besides, Kerala government has taken an important policy initiative to achieve this goal.

Ola announced its strategic partnership with Microsoft company and thereby choose the Microsoft as its preferred cloud provider. It is aimed at providing improved in-car productivity, advanced navigation etc. The advanced telematics platform will transform the car into a high-performing, intelligent vehicle, capable of assessing fuel efficiency, engine performance, and driver performance.

HDFC Bank Ltd has made online transactions through RTGS and NEFT free of cost from 1st November 2017, with an aim to promote a digital economy. According to the revised fees and charges for savings and salary accounts, customers will not have to pay any charge for doing online transactions through RTGS and NEFT from 1st November 2017. Also, the customer can avail one cheque book of 25 leaves free.

Independent workplace provider WorkoLab unveiled its first co-working space in Gurgaon, Haryana and in Pusa Road, New Delhi. Co-working spaces offered by WorkoLab also provide research guidance by India’s youngest scientific minds with an aim to infuse innovation into the start-up idea. WorkoLab is planning to launch 100+ centres in next three years across the globe.

HSBC to finance for climate change

HSBC pledged to provide $100 billion in financing and investment by 2025 to help combat climate change. It is a part of its commitment to tackling climate change and other “green” goals. It has also committed that all electricity used by HSBC would come from renewable sources by 2030. So it would also adopt recommendations made by the Task Force on Climate-Related Financial Disclosures.

Q 1: When was the State Bank Of India established?