Last 5 years people saw many government programs being launched for the betterment of the people. These social and welfare programs were carried out by the government. There were programs launched from PMJDY to PMFBY to make in India. We will talk about these programs in depth below. 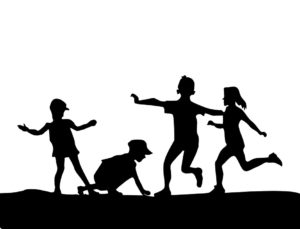 There are many social and welfare programs running in India that do not catch the eyes of common people. We will give details of all these programs in this article.

This program was launched on 28th August 2014 with the aim of making financial services affordable and accessible. Also, this program targetted people who are mostly below the poverty line. Also, people who do not have a bank account were included in this.

Furthermore, this program was a huge success as more than 21 crore bank accounts were opened. Also, this is the data of after a year and a half since the beginning of the program.

With the aim of focusing on skill enhancement and job creation, this program was launched on 27th September 2017. Also, the aim of this program was to provide a massive boost in 25 sectors of the economy. Additionally, there were also high hopes of technological investment and attracting capital in India.

Majority of Indians are into the agricultural business. Thus, to provide them safety and insurance to crops this program was launched on 11th October 2014. So, the insurance cover is provided for kharif and rabi crops.

Also, this program provides financial support to farmers in the case of any damage to the crops. Furthermore, in this scheme, the farmers will have to pay a premium of 2% for all the Kharif crops and 1.5% for all the rabi crops.

This program was launched on 8th April 2015. Also, the main aim of this yojna was to provide funds to the non-corporate and small business sectors. Under this yojna, there are three categories of loans available.

Also, these loans are available from 50 thousand to 10 lakhs under the category of Sishu, Tarun, and Kishore. Thus, till now, there have loans of 1 lakh crore sanctioned under this yojna.

The main aim of the program is towards the upliftment of girls. Thus, keeping this in mind this program was started on 22nd January 2015. The main aim was to open the bank accounts for the girl child. Also, the money can be deposited only till the girl turns 14. Also, this can be a minimum of Rs. 1000 to a maximum of Rs. 1.5 lakhs.

After the amount is deposited, 50% of it can only be withdrawn for any future endeavors. Finally, when the girl turns 21, the whole amount can be withdrawn with pre-decided interest rates by the government.

Questions on Social and Welfare Programs

Q. Which is a health program that is launched for adolescents, that focuses on the age group of 10-19 years and provides health coverage?