While playing in your building compound, you might have come across an iron barbed wire which has turned red. You might have also seen some old metallic object at home. You would realise that these objects have turned reddish, unlike their original metallic colour. This is what we call rusting of iron. 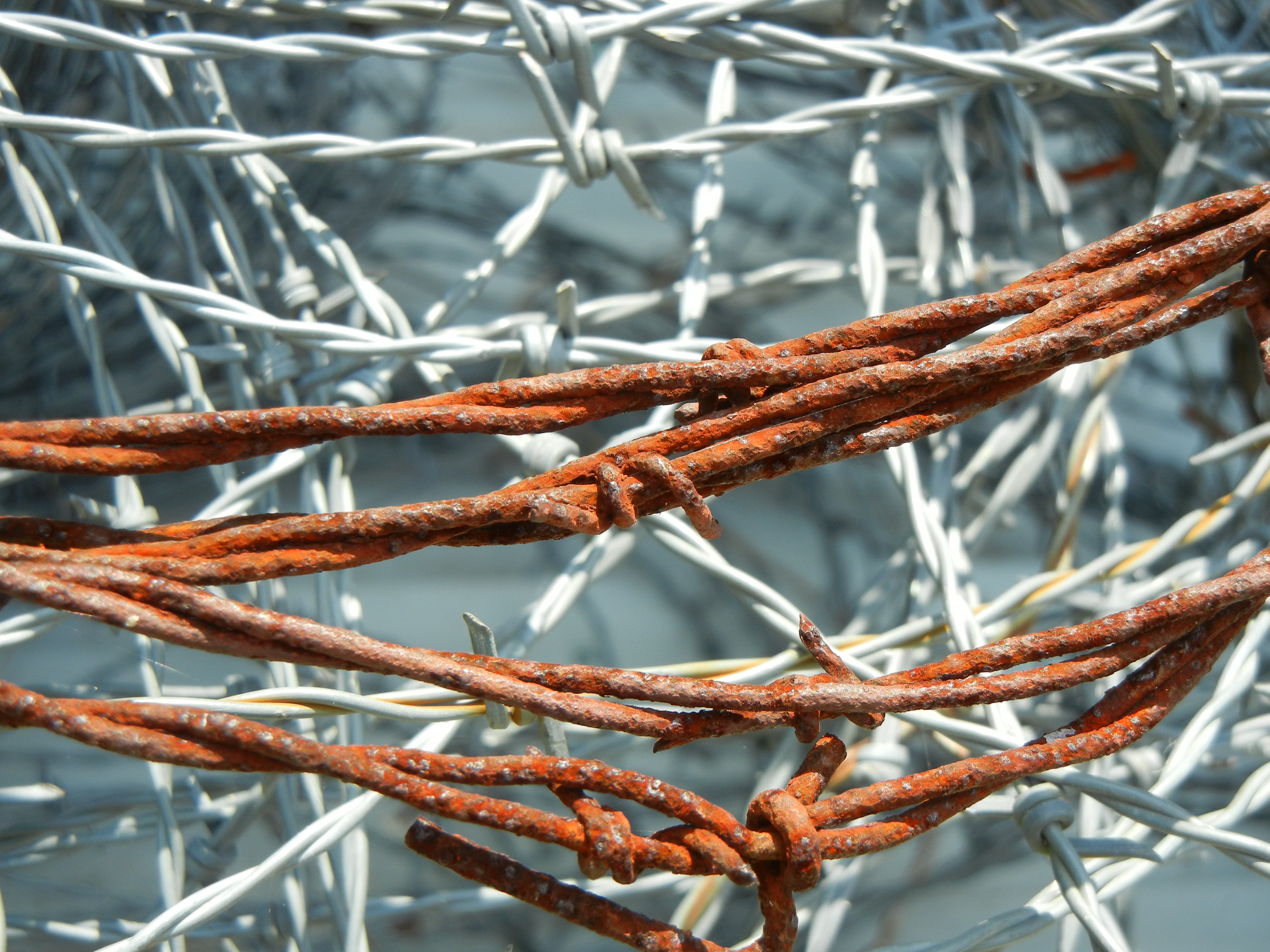 Certain metallic objects develop changes on its surface. Being left stagnant for long or kept unused is the cause for this to happen. This is Corrosion. Corrosion consequently leads to gradual degradation of metals. Rusting is one of the ways of corrosion in metals. It happens to Iron and its Alloys. Iron objects consequently react with the Oxygen in the air and get rusted in a humid environment. Rust is Iron Oxide.

Rusting happens on the surface of iron objects making it coarse and flaky. It also makes the iron objects fragile. Rusting happens quicker in a humid environment. As a result, it is easier for water tanks and pipes to get rusted. Therefore, various methods are used to reduce the effect of rusting. Getting wounded from a corroded metal object especially rusted iron objects can prove to be dangerous.

Chemistry of Rusting of Iron

Corrosion of any metal is a natural process. It results in the conversion of the metal into its chemically stable form that can be either oxides or hydroxides or sulphides.
Rusting is a type of Chemical Change. It results in the formation of Iron Oxide which is an entirely new substance. Chemical Reaction of Rusting is as follows:
Iron + Oxygen (from environment) + Water (Humidity) —> Iron Oxide (Rust)
Fe + O2 + H2O —> FeO and Fe2O3
Iron occurs naturally in two different forms: Iron (II) and Iron (III).

Methods used to prevent Rusting of Iron are as follows:

Question: In which test tubes, the rusting of the iron nail will take place? 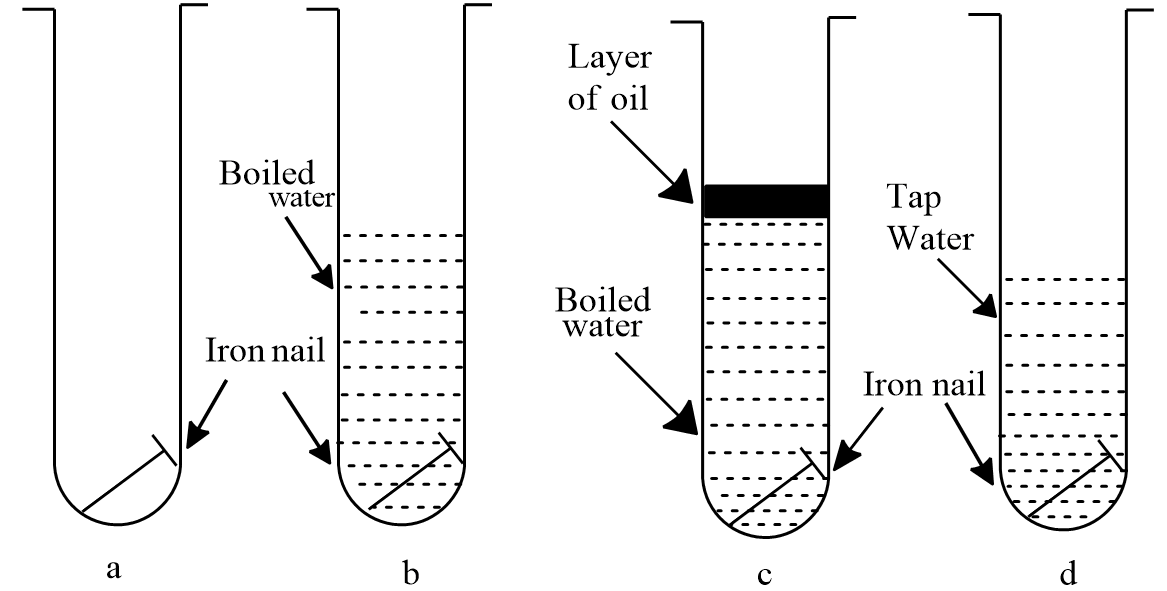 Solution: B. Rusting of iron takes place only in presence of oxygen and water vapour. In figure (c) rusting is not possible as the supply of oxygen is blocked by oil layer.

Question: Rusting is a special term, given to the corrosion of which metal?

Solution: D. Corrosion is a natural process, which converts a refined metal to a more chemically-stable form, such as its oxide, hydroxide, or sulfide. Rust is a general term for a series of iron oxides, usually, red oxides, formed by the reaction of iron with oxygen in the presence of water or air moisture. Rusting is the common term for corrosion of iron and its alloys, such as steel. Many other metals undergo similar corrosion, but the resulting oxides are not commonly called rust. Rusting is a special term for corrosion of the metal Iron.