Everywhere you see, you see a green cover, with different types of plants and trees. Plants and plant products are something very familiar that you use in your everyday life. But, have you ever wondered about the different types of plants and trees? Did you know that the Plant Kingdom is divided into several subgroups, with each one having special features? Delve into the depths of Kingdom Plantae and unearth some of the fascinating facts.

These living organisms are made of eukaryotic cells and are multicellular. The cells have a cell wall which is made of cellulose. These are autotrophic and synthesize food by photosynthesis due to the presence of chloroplasts. 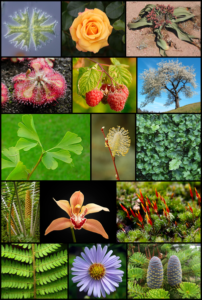 Based on whether plants have a well-differentiated body and the presence or absence of specialized tissues for transport, and the ability to bear seeds Kingdom Plantae (Plant Kingdom) is can be classified into different divisions. The features and examples of each division are mentioned hereunder.

These are the lowermost plants of the plant kingdom, without a well-differentiated body design. This means that the plant body is not differentiated as roots, stem, and leaves. They are commonly called algae, are permanently aquatic. Examples include Spirogyra, Chara, and Ulothrix.

These are small terrestrial plants. They show differentiation in the body design, with stem, leaf-like structures, and root-like structures. But, they do not have any specialized tissue to conduct water and other substances. They live in damp and sandy habitats and are often referred to as the amphibians of the plant kingdom. Examples are Riccia, Funaria, and Marchantia

These are supposed to be the oldest vascular plants.  The plant body is differentiated into roots, stem, and leaves, apart from having a specialized tissue for conduction. This tissue helps in the conduction of water and other substances from part of the plant to the other.

These plants have naked embryos called spores. The reproductive organs in these plants are inconspicuous. Examples: Marselia, Ferns 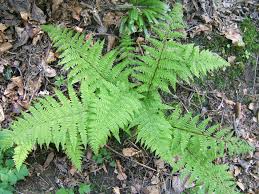 Depending on whether the seeds produced are naked or whether they are enclosed, phanerogams are further classified into two subdivisions. They are Gymnosperms and Angiosperms

Gymnosperms are plants with naked seeds. There are about 650 living species of gymnosperm plants. The plants are usually perineal, evergreen and woody.

They have a well-developed vascular tissue but do not have vessels. The reproductive organs generally form cones or strobilus. There is no fruit formation and the seeds are hence said to be naked. Examples: Cycas, Pinus, Deodar 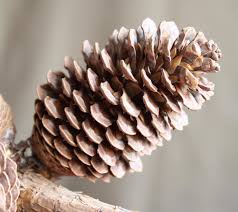 Angiosperms are seed-bearing plants. Seeds develop inside tissues that get modified to form the fruit of the plant. Also called the flowering plants, they are found abundantly in nature.  These plants are usually terrestrial and they may be annual, biennial or perennial. The vascular system is very well developed with xylem and phloem. Angiosperms also show the feature of double fertilization. Examples: Mustard plant, Pea plant.

Q: Specialized tissue for conduction of water and other substances is present in which of the following?

Ans: The correct option is “C”. Gymnosperms and Pteridophytes both have a specialized vascular tissue. Learn more about Pteridophytes in detail here.

Q: Thallophyta, Bryophyta, and Pteridophyta are together called as?

Ans: They are called as Cryptogams as they are non-seed bearing plants.

Answers: Bryophytes are so called because even though they are terrestrial plants, they require water for their fertilization process. The sperms are carried in water, which results in fertilization.
Bryophytes include the various mosses and liverworts which are usually found in moist shaded areas in the hills. Bryophytes are also called as amphibians of the plant kingdom because they can live on soil but need water for sexual reproduction. They are usually found in damp, humid and shaded localities.

Q2. ………… are called as amphibians of the plant kingdom.
A. Bryophytes
B. Pteridophyte
C. Algae
D. Fungi

Answers: Based on the system of classification proposed by A. W. Eichler (1875 -78), the plant kingdom is divided into two subkingdoms Cryptogamae and Phanerogamae. The cryptogams are flowerless (non-flowering) and seedless, spore-bearing plants. Phanerogams are flower bearing, seed producing tracheophytes.