Guardianship of a minor person means the overall supervision of the minor’s temperament. It means that the care and welfare of the kid together with the liability to take care of it. It is more than mere custody of the kid upon a particular age. Let us learn more about Guardianship under Muslim Law.

Who is a Minor?

According to Section three of the Indian Majority Act, 1875, someone domiciled in the Republic of India who is below the age of eighteen years, is a minor.

A minor is assumed to have no capacity to protect his or her own interests. Law thus, requires that some adult person must safeguard the minor’s person or property and do everything on his or her behalf because such a minor is legally incompetent. 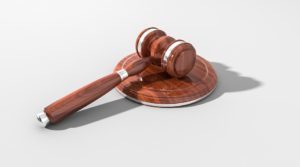 Under Muslim law, it is called HIZANAT. They are sometimes taken to mean the same thing. But underneath Muslim law, these two aspects of the guardianship are different and are governed by the different laws.

The guardianship of a child means that overall oversight of the kid throughout its minority. Father or his executor or in his absence, the paternal grandfather, being the natural guardian, is in charge of the minor’s person. On the opposite hand, ‘custody of the child’ simply means a physical possession (custody) of the child upon a certain age.

Although the mother is not the natural guardian of the child under Muslim law, she has a right to the custody of the child, until the child attains a specific age. But the father or the paternal grandfather encompasses control over the minor throughout the complete interval of the minority.

Thus, the natural guardian of a minor in order of priority are as follows:

Under Muslim law within the absence of any of the above-mentioned persons, no one else is recognized as the natural guardian of a minor.

A non- Muslim cannot be chosen as a testamentary guardian.

In case of the absence of a natural and legal document guardian, the court is authorized to appoint a guardian for the aim of the minor’s person or property or for both. The appointment of a guardian by the court is ruled by the Guardianship and Wards Act, 1890 which is applicable to all the Indians irrespective of their religion. Such guardians are also called Statutory Guardian.

Questions on Guardianship under Muslim Law

Ques. Under Sunni law Failing the mother, the custody of a boy under the age of seven years belongs to:

Ans: The correct answer is ‘d’

Ques. Under Shia law Failing the mother, the custody of a boy under the age of seven years belongs to:

Ans:  The correct answer is ‘a’