Laws like section 498-A and Domestic violence Act are framed to protect women who are victims of cruelty and domestic violence. Cruelty is the violation of the fundamental right of life and dignity which the Indian Constitution entrusts. The term cruelty and love and affection relate to each other. Hence, cruelty is a major ground for dissolution of marriage. 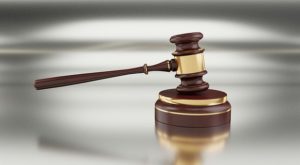 As per Section 498-A, “Whoever, being the husband or the relative of the husband of a woman, subjects such woman to cruelty shall be punished with imprisonment for a term which may extend to 3 years and shall also be liable to fine.”

For the purpose of this section, ‘cruelty’ states-

(a) any deliberate conduct which is of such a nature as is likely to induce a woman to commit suicide. Moreover, it may cause a serious injury or danger to life or health (whether mental or physical) of the woman; or

The saying goes that cruelty is a character of a man and if someone is just there should be a cause of why he is so. The Act deals with many kinds of abuses which were not earlier covered under the legal provision e.g. sexual abuse by husband (or marital rape) which was not there in IPC. It also covers emotional abuse by the husband or in-laws of the plaintiff on account of not having a child or not giving birth to a male child.

In 1983, domestic violence was decided as a specific criminal offense with the introduction of section 498-A into the IPC. This section deals with cruelty by a husband or his relatives against a married woman. Four types of cruelties are which are under this law:

Answer: Cohabitation caused by a person deceitfully stimulating a belief of legal marriage. Every man who by deceit affects any woman who is not legally married to him to believe that she is legally married to him and to have sex or sexual intercourse with him in that belief. In such cases, he shall be punished with imprisonment of either description for a term which can extend to 10 years. Moreover, he shall also be liable to fine.