The history of codification of modern criminal law in India generally begins from the advent of the British rule. However, its roots date back to the Vedic age and the rule of various Hindu and Muslim dynasties. The modern criminal justice system is based on English laws and practices. These practices are practical as well as contemporary. As a result, a major chunk of criminal laws that exist today still relies on the British-era laws. 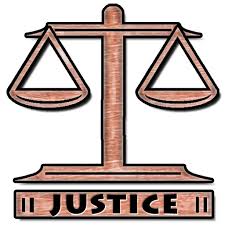 Criminal law in the Vedic age

In ancient India, Hindu religious laws contained many provisions for governing criminal as well as civil matters. The Vedas, Shrutis, Smritis and even other documents like Manusmriti contain provisions regulating criminal law. The practice of codifying criminal offences existed in this period as well.

These laws also contained detailed procedural rules and regulations for trials. There are some records which also show the existence of principles of evidence to govern these trials.

Criminal law in the Islamic age

With the advent of Islamic rule in India, criminal laws in several parts of the country saw major changes. Even prior to the Mughal rule, the Delhi sultanates had already introduced offences based on Islamic laws of Shariat. The main influence of these laws was Islamic religious texts like the Quran, Sunna, Hadis, Ijma, Qiya, etc.

The law even divided modes of punishments into categories. These included death, dismembering of limbs, stoning, levy of fines, confiscation of property, the punishment of exile, etc.

After the British arrived in India, they initially decided not to interfere much with existing Muslim criminal laws. They implemented changes in a phased manner so as to not upset the locals.

Criminal law in the British period

When Warren Hastings introduced his Judicial Plan of 1772, he did not many any severe changes to substantive criminal law.  In 1773, he slowly started changing rules of procedure and evidence in existing criminal laws. For example, he abolished the practice of allowing male relates of victims to pardon their killers.

During this time, serious offences like homicide became crimes against the state instead of being private offences. This laid the foundation of the modern practice of the state prosecuting people who commit public offences.

From 1790 onwards, Lord Cornwallis extended the process of codifying criminal law. Major changes took place in the subject of sentencing. As a result, the process of levying punishments physically harming and dismembering convicts slowly started fading.

Lord Wellesley made even more changes to the offences of murder and homicide in the early 1800s. For example, the law now made distinctions between intentional and unintentional killing.

Furthermore, rules of evidence became stricter and the threshold of proof to indicate guilt increased greatly. In presidency towns like Madras, Bombay and Calcutta, the British made many changes keeping local conditions in mind.

According to the Charter Act, 1833, India’s first law commission in 1834 recommended drafting of the Indian Penal Code. Lord Macaulay, who was the chairman of that law commission, spearheaded its drafting. The Code was basically a comprehensive enactment describing all major crimes in existence at that time.

Despite several revisions over almost thirty years, the law did not come into force until 1860. It was only after the Rebellion of 1857 that the British decided to implement it.

IPC has seen several amendments since it first came into existence. Although it largely relied on British laws and practices, many of its provisions are still the same.

Even the Indian Evidence Act came into existence in 1872 under the guidance of Lord Macaulay. Its foundation was largely the British law of evidence, but it has seen many changes since then.

Although the British had enacted a Criminal Procedure Code for India in 1862, modern procedural laws came much later. The Code of 1862 was amended and replaced many times later to make procedural laws modern.

After Independence, the Law Commission made many recommendations to update CrPC. Some of these changes were the abolition of jury trials. The most important reason for these changes was to make the criminal procedure quick and effective. CrPC was finally enacted again by the Parliament in 1973, and it has been amended many times since then.

Questions on Codification of Law of Crime in India

(a) Who was responsible for the Judicial Plan of 1772?

(b) Under whose leadership did the Indian Penal Code come into existence?

(c) When did the Parliament enact the Code of Criminal Procedure that we follow today?