We know that algebra has more to do with reasoning and deduction skills rather than calculations. It is a skill that requires concentration, practice and constant written revisions. Having said that, let us know about the operations on algebraic expressions.

We understand that algebra uses alphabetical letters to create algebraic expressions. These letters are called variables. These variables denote a number. The value of this number is what we calculate in algebra. The reason we imitate the arithmetical rules in algebra is to suggest that the rule will stand true for any number. 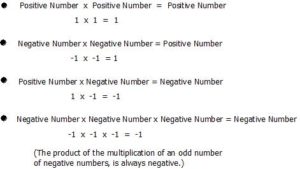 For instance, consider this rule of summing up fractions:

Here the variables a and b denote that the numbers that ought to replace these two alphabets are numerators, while the number c represents is a denominator. Which means that just like fractions are calculated in an arithmetic problem, similarly here you will add the numerator and write it total over the denominator.

Algebra basically tells us how, a problem that looks something like this, may be solved. Thus we use letters in algebraic expressions. Working on algebra mostly depends upon understanding the patterns that the symbols make. The numbers are called numerical symbols and the alphabets are called literal symbols.

It is important to understand that algebra is a scientific calculation denoted in arithmetic terms. The maximum practical use of algebra will come once you start working on scientific equations in higher grades. Let us now proceed to the topic of the order of operations.

What Do You Mean By Operations on Algebraic Expressions?

Operations on algebraic expressions are the procedure in which we will work out the equation given to us. Remember that algebra is all about deduction. Its use will be prominent in science and therefore, we will look at equations which you are likely to come across in actually practicing algebra. In other words, it is rare that you will use division sign/bar in scientific formulas, although you may use the sign/bar. Also, the cross signifying multiplication is used only in scientific calculations, thus, a student is highly unlikely to come across an equation that looks like this:

Such an equation will be a pure academic based equation. In other words, it is merely an exercise for the sake of it and not something you will encounter in actual practice.

Operations on algebraic expressions follow a certain order. Whenever you see an equation, break it down into the order in which you have to solve it. To easily recall this order remember this acronym: BEDMAS. Here is how it is explained:

Question 1: Now we will try solving two equations by allotting values to variables in the given equation, to find out the answers. Let the value of x be 10, y be 4 and z be 2.  Based on these evaluate the following equations: x+yz and (x+y)z

Answer : Now apply the BEDMAS rule and you will come at the same answer as given under.

Question 2: Define the order of operations in the algebraic expressions?

Answer: The order of operations is Parenthesis, Exponents, Multiplication, and Division respectively form left to right.

Question 3: How can we evaluate an expression?

Answer: For doing the evaluation of an algebraic expression, we have to substitute a number for every single variable and do the arithmetic operations.

Question 4: How do we solve the order of operations?

Answer: The order of operations tells about the order for solving steps in the expressions with more than a single operation.

Question 5: Write the formula for the algebraic expression.

Answer: The standard algebraic identities are as follows: