For centuries humans have had a fascination with shapes and figures. Geometry is the mathematical study of all shapes and figures in the Universe. It can be seen everywhere, plants, animals, even the microbes and our everyday life. We live in a world of shapes and here we shall see how mathematics helps us to unravel the mystery that is geometry!

The word ‘Geometry‘ is derived from the Greek words ‘Geo’ (meaning ‘earth‘) and ‘Metron’ (meaning ‘measurement’). Over the years the subject has become a part of Mathematics with the inclusion of shapes, areas and perimeters. Geometry finds an extensive application in the fields of art, architecture, engineering, aerospace and many others.

To begin with, you learn about the one-dimensional figures like lines, with their various definitions including parallel, intersecting and others. You will then progress to 2-dimensional figures including angles, polygons like triangles, quadrilaterals, circles and deal with the calculation of their areas and perimeter; thus learning the real-life applications of Geometry in its various context. 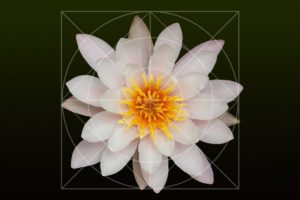 Focus on various theorems, their derivations and applications form a crucial and well-discussed part of the subject. Further, it includes their analysis as well. With further progress, you will be able to handle 3-dimensional figures like cubes, cones, cylinders and spheres and calculate the volume of solid figures, determine their orientations and develop a sound knowledge of the concept of depth and perspective.

A sound knowledge of this subject will enable the reader to visualize 3D space and define as well as derive locations and orientations of a point or a series of points in the same.

‘Geometry’ is a branch of Mathematics dealing with shapes, sizes, orientations and their measurements. Although the above topics offer only a limited view of the vastness of the subject, it is more or less based or derived from a few key concepts. For Euclid’s Geometry, some of them are as follows:

A plane is a 2-dimensional figure which we can extend infinitely and is flat. Therefore, the Plane includes 2D figures like quadrilaterals, triangles and includes areas and perimeters. 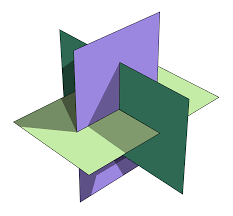 A point is basically a location or a position in space or on a plane. As you can see below, two locations on the given line to are specified by point ‘P0‘ and point ‘P1‘. With reference from an origin, each of these points has a specific location.

An angle is defined as the inclination of one line with respect to the other at the point of their intersection. You will learn about more definitions of the angle as you go on. 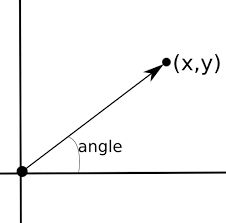 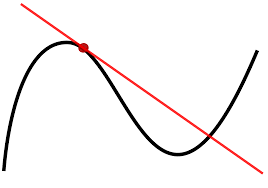 A surface is a 2D or a 3D construction in space or a plane with no thickness. Therefore, we use it in the calculation of surface area. 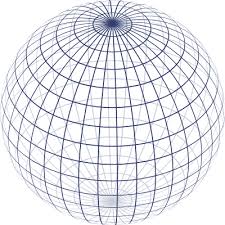 These definitions are our doorway to understanding the relationship between various geometric shapes.

Solution: A) Open Curve: An open curve is one whose endpoints don’t meet. In other words, it has two endpoints.

Question: Where we can use geometry?

Answer: Geometry is very useful in jobs like physicist, space scientists. Furthermore, it can convert three-dimensional real-world objects into wire meshes of shapes. In addition, these wire shapes can be used to make characters for animation or anything else.

Question: What geometry teaches us?

Answer: It is the fourth important part of high school geometry and it will guide through among other things points, planes, lines, parallel lines, angles, triangles, trigonometry, similarity, quadrilaterals, transformations, area, and circles. These are very helpful in knowing various things and everyday objects.

Answer: Geometry is a part of mathematics that studies points, varied-dimensional objects, shapes, solids, and surfaces. On the other hand, algebra is an area of mathematics that uses variables in the form of letters and symbols to act as number or quantities in formulas and equations. However, both relate to each other as they are intricately related through certain relationships between concepts in both areas.

Question: What is the use of geometry in daily life?

Answer: In daily life, we do a lot of work with the help of geometry. In addition, some common examples include measurement of a line and surface area.