Angles Made by a Transversal

Here is an example – 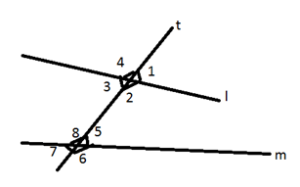 Angles Made by a Transversal to Two Parallel Lines

If two parallel lines are cut by a transversal, then

To locate corresponding angles when the parallel lines are intersected by a transversal, look for the shape of F. As you can see in the figures that follow, the shape of F is formed in four different positions. As a result, four corresponding pairs of angles are formed. In the same way, when two parallel lines are intersected by a transversal, the shape of Z formed shows alternate interior angles. 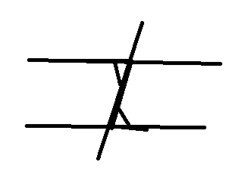 Solved Example for You on Related Angles