Have you ever thought about how an artist makes a masterpiece through his artistry? Everything made by an artist is in the perfect line of symmetry. From sculptures to portraits an artist does wonders with his hands. But did you know that every creation of an artist is a balance of maths? Yes, the maths of symmetry harmonizes shapes and patterns. Let’s see how.

From the most beautiful architecture of the world Taj Mahal to the modern skyscraping edifices, one thing common to these is the flawless symmetry of the structure. Symmetry is a very common word, but do you know how symmetry works, what effect it has or why do we need to put things in symmetry.

Mathematically, symmetry implies that shape which is an exact resemblance to its other part, when the shapes are divided into two or more equal parts.  Such shapes or figures or images are called symmetrical. The ones that do not resemble each other when divided into two parts are called asymmetric.

In the following figures notice the difference between symmetric and asymmetric figures. The figures in red colour when divided into two parts, are perfectly identical to their other half, showing them to be symmetrical while figures in black do not form identical halves there are asymmetrical. 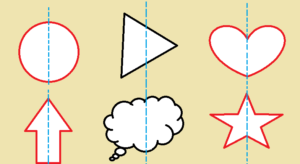 Types of Line of Symmetry

Lines of symmetry may be of two types: 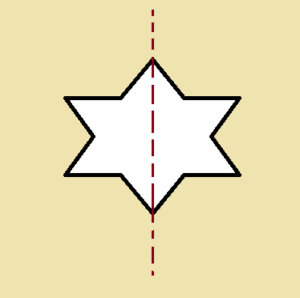 Some English alphabets also show symmetry when divided into halves. A, H, M, O, W, U, Y, X etc are some alphabets that can be divided into equal halves by a vertical line of symmetry. 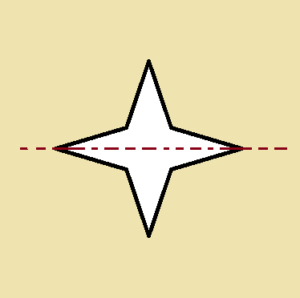 English alphabets also are good examples of horizontal symmetry. Alphabets like C, E, H, K, O, X etc can be divided into equal halves by a horizontal line of symmetry.

There may be shapes and images that cannot be divided into identical halves, in such objects lines of symmetry cannot be drawn. These shapes or images are called asymmetrical shapes of images. A parallelogram is an asymmetrical figure as it has no line of symmetry. 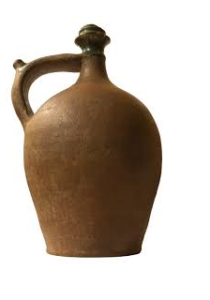 Some Points to Remember

There may be shapes which have more that one line of symmetry. These shapes have both vertical and horizontal lines of symmetry and are divided into more than two identical parts. For example rectangle, square and polygons like a pentagon or hexagon etc. A circle, however, has infinite lines of symmetry.

It is not necessary that symmetrical images have perfect shapes on all sides. The only condition for a shape to be symmetrical is that its one half is identical to the other.

For example, when a paper is blotted with different kinds of coloured inks and folded the image formed as a result of such blot is a symmetrical figure as well, though it has no definite shape and size. The point where the paper is folded is the line of symmetry for that image.

Question 1: From the set of  following alphabets which set from the following are vertically symmetrical

Answer : Option (C). Alphabets O, U, V, H, M are vertically symmetrical as these can be divided into identical halves with a line of symmetry running down their centre.

Question 2: What does symmetry mean in math?

Answer: Symmetry has its origin in the Greek word which translates “to measure together”. The concept of symmetry has great use in geometry. Symmetry in math means that shape which has an exact resemblance to the other parts when the shapes divide into two or more equal parts. Thus, we refer to these figures and shapes as symmetrical.

Question 3: What is line of symmetry?

Question 4: What are the types of line symmetry?

Question 5: What are asymmetrical shapes?

Answer: There are shapes and images that we cannot divide into identical halves, in such objects we cannot draw lines of symmetry. These shapes or images are referred to as asymmetrical shapes of images. For instance, a parallelogram is an asymmetrical figure because it does not have a line of symmetry.