Sunlight radiation has enough energy to affect the atoms present in the living cells and therefore it can damage genetic material such as DNA. But the cells in our body are so powerful so that they can repair the damage done by the radiation. These cells may die or may cause cancer in the body if they can’t repair the damage done by the radiation. Very high level of sunlight radiation causes skin burns, radiation sickness, or other radiation syndromes. Effects of Radiation include long terms health issues such as cancer and cardiovascular diseases. 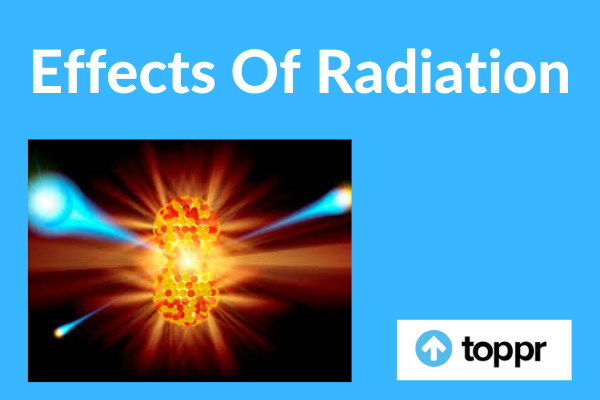 Radiation can be very dangerous for living beings. Sometimes great exposure to radiation can cause vomiting and symptoms such as nausea. Sometimes it can also result in immediate death over the following days or weeks. The range of radiation should be seventy-five in a short period of time span to cause radiation sicknesses such as nausea and death. Acute radiation syndrome is very much rare thing. It can come from an only nuclear explosion or accidental handling of the radioactive source.

Exposure to the low level of radiation:

Exposure to the low level of radiation does not result in immediate effects such as nausea or immediate death but it can cause an increase in the risk of cancer. The international unit of radiation is millisieverts or rem. If the radiation doses are higher, the risk is greater to have cancer.

Symptoms of Exposure to Radiation

Sources of high dose radiation are nuclear explosion, the detonation of small radioactive device or detonation of a standard nuclear weapon. Symptoms of radiation occur when high exposure to radiation destroys the cells of the human body. It can cause damage in the intestinal tract, stomach, blood cell producing cells of bone marrow. High exposure to radiation also results in long term health problems such as grief, fear and anxiety.

Treatments are mainly focused on reducing the level of radiation and also the treatment of infections. The main treatment of radiation is the prevention of dehydration and then treating the injuries and burns. Sometimes people affected by radiation need treatments that help the recovery of bone marrow.

FAQs about Effects of Radiation

Answer: The main symptoms are nausea, vomiting, headache and diarrhoea. These signs may start within minutes to days after depending upon the exposure and type of radiation.

Q.2 Describe the common side effects of radiation therapy.