There are many models that describe the way protons and neutrons are arranged inside a nucleus. One among the foremost successful and straightforward to know is that the shell model. In this shell model, the protons and neutrons occupy separate systems of shells, analogous to the shells during which electrons are seen outside the nucleus. From light to heavy nuclei, the proton and neutron shells are filled (separately) in much an equivalent way as electron shells are filled in an atom. 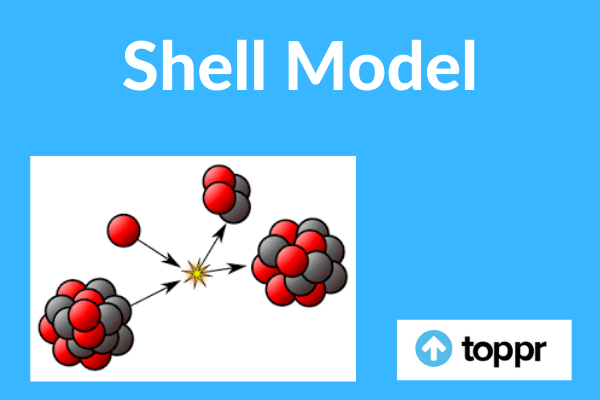 What is the Shell Model?

According to this shell model, the motion of every nucleon is governed by the typical attraction of all the opposite nucleons. The resulting orbits form “shells,” even as the orbits of electrons in atoms do. As nucleons are added to the nucleus, they drop into the lowest-energy shells permitted by the Pauli principle which needs that every nucleon has a singular set of quantum numbers to explain its motion.

In nuclear physics and chemistry, the nuclear shell model is a kind of model of the atomic nucleus which uses the Pauli exclusion principle to explain the structure of the nucleus in terms of energy levels. The shell model is partly analogous to the atomic shell model. It describes the arrangement of electrons in an atom, that a filled shell always leads to greater stability. There are certain magic numbers of nucleons (2, 8, 20, 28, 50, 82, 126) that are more tightly bound than the subsequent higher number, which is that the origin of the shell model.

In this model, electrons (negatively charged fundamental particles) in atoms are thought of as occupying diffuse shells within the space surrounding a dense, charged nucleus. The primary shell is closest to the nucleus. The others extend outward from the nucleus and overlap each other. The shells are sometimes designated by capital letters beginning with K for the primary shell, L for the second, M for the third, and then forth. The utmost number of electrons which will occupy the shell is, in sequence, 2, 8, 18, 32, 50, 72, 98.

The maximum number of electrons which will occupy the energy state in an atom is found by using the subsequent formula:

Importance of the Shell Model

When nucleons (singly or in pairs) are excited out of the bottom state they modify the momentum of the nucleus also as its parity and isospin projection quantum numbers. The shell model describes what proportion of energy is required to manoeuvre nucleons from one orbit to a different and the way the quantum numbers change.

Q.1. What are the restrictions of the shell model?

Answer – There exists a difference between shell-model wave functions and therefore the real states of the nucleus. The massive value of Q, the quadrupole moment in many nuclei can’t be explained with this model. Also, the strong spin-orbit interaction is not applicable in this model.