For electrical instruments, measurements of various parameters are very important, such as voltage and current flow. These two parameters are the two main ways to measure electricity. One is the measurement of the current through the Ammeter device. Another is the Voltmeter device which is useful in measuring the voltage. Therefore both of these devices are useful in the electrical circuits and instruments. But both are having some specific differences on the basis of construction as well as on the basis of working. The main difference between Ammeter and Voltmeter is that ammeter comes in handy to measure the flow of current. On the other hand, the voltmeter comes in handy for measuring the voltage as well as emf between the two points in the electric circuit.

This term is devised from Ampere Meter. The ammeter is the measuring instruments used in electrical devices. It is in use to measure the flow of current in the circuit. It measures very precisely. The Ammeter can measure the small amount of current, even in mili-amperes or micro-amperes. For measuring the current, Ammeter is placed in the way of a series connection with the measuring circuit. This is because the whole current of the circuit can pass through it.

The voltmeter is a device that is very frequent in use in the electrical instruments for measuring the voltage. It is connected in parallel with the electrical circuit whose potential is to be measured. The connection polarity of the voltmeter is the same as that of the ammeter i.e. the positive terminal is connected to the positive polarity of the supply and the negative potential is connected to the negative polarity.

Difference between Ammeter and Voltmeter 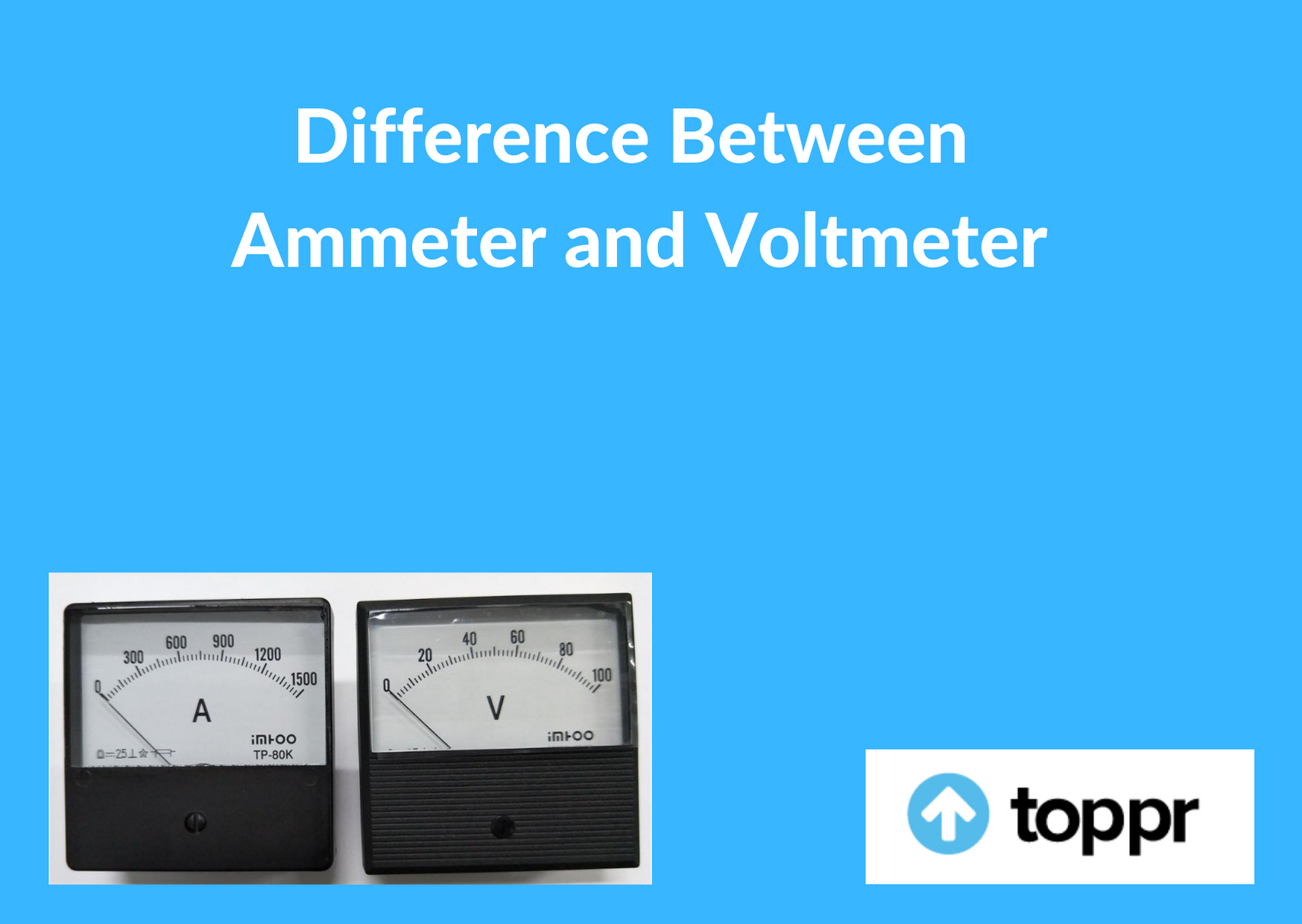 difference between Ammeter and Voltmeter

The important difference between Ammeter and Voltmeter

After studying the difference between Ammeter and Voltmeter, let us also study some more details.

The ammeter is used from measuring a small amount of current and the result is displayed in milliamperes when it is kept in series with the circuit to be measured for flowing the entire current in the circuit through it.

Some applications of Ammeter:

The voltmeter is connected in parallel with the electric circuit in order to measure the potential.

Some applications of Voltmeter:

FAQs about Ammeter and Voltmeter:

Q.1: What is a differential voltmeter?

Q.2: What is the testing voltage range for a voltmeter?

Solution: The testing range of a voltmeter is 500 volts.

Q.3: What is digital voltmeter?

Solution: Digital voltmeter is the instrument which is applicable to measure the electrical potential difference between the two points in the circuit. Here, the current may be alternating current or direct current. Five functional segments of a digital voltmeter are Pulse generator, gating, counting clock pulses, analog to digital conversion, and latching.