Table of content
1 What is Voltage?
2 What is Current?
3 Difference between Voltage and Current

The electrical force that would drive an electric current between two points is termed as voltage. “V” represents voltage.

The rate at which electric charge flows past a point in a circuit is termed as current. “I” represents current.

Difference between Voltage and Current 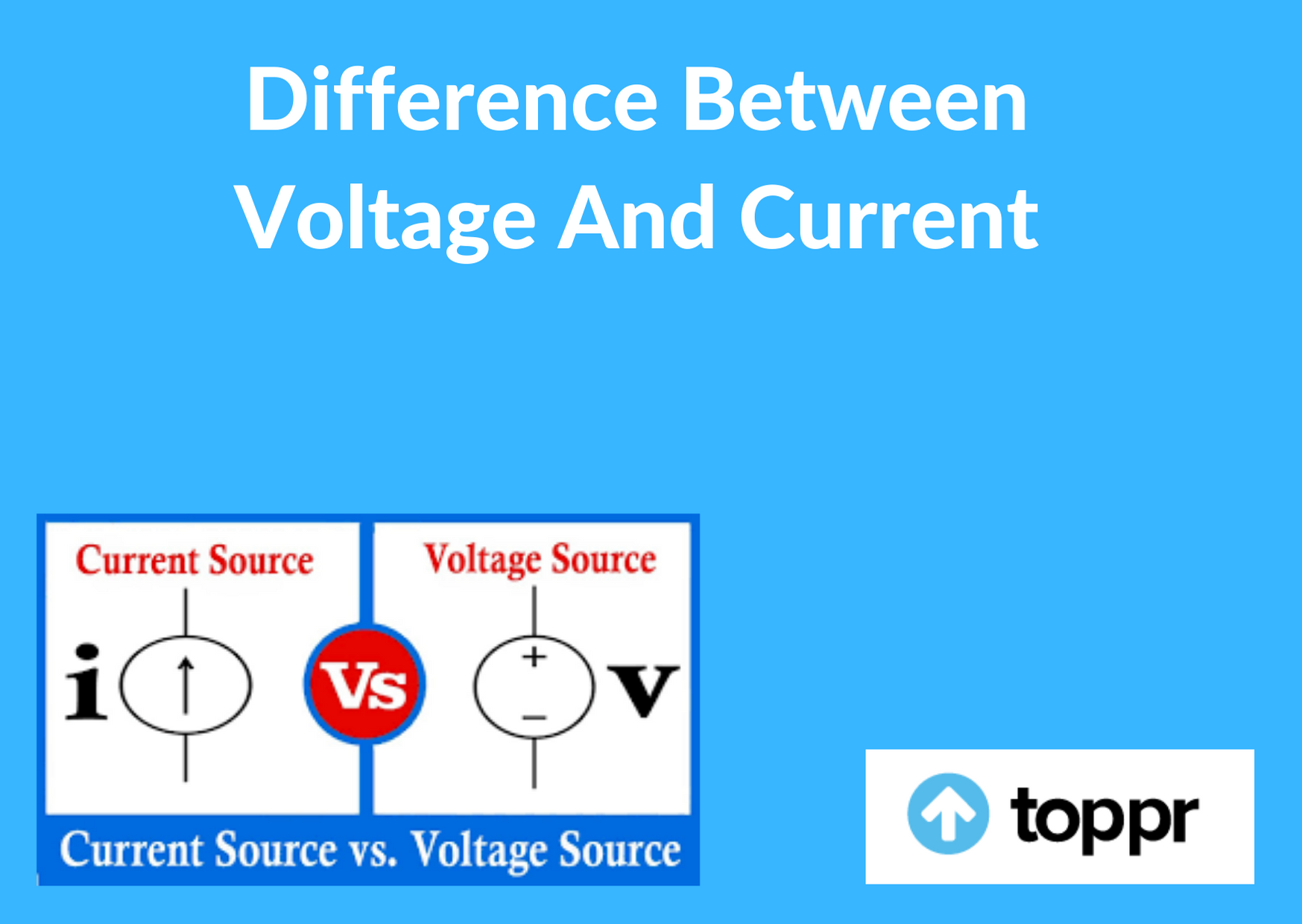 difference between voltage and current

The important difference between voltage and current.

The electrical potential difference between two points is the voltage between those two points. Voltage is the electromotive force, which is responsible for the movement of electrons or electric current through a circuit. The potential for each Coulomb of electric charge to do work represented by voltage.

There are two basic types of voltages i.e. Alternating Voltage and Direct Voltage

Alternating Voltage: Voltage, which changes its direction and magnitude, continuously throughout the time, is termed as AC voltage. Alternators can generate alternating voltages.

Direct Voltage: DC Voltage has the constant magnitude, which does not change its polarity throughout the time. Electrochemical cells and batteries can generate direct voltage.

In electric circuits, current is the flow of electric charge. Electric current are the electrons or negatively charged particles that move around in circuits. So when current flows in some direction in a circuit, the actual physical effect is electrons flowing in the opposite direction.

It is represented by the symbol “I”. The SI unit of current is ampere, which is denoted by “A”. If one coulomb charge passes through a conducting point in one second, the amount of current is known as one ampere.

AC Current: Current which changes its direction and magnitude continuously throughout the time is termed as alternating current.

DC Current: Current, which has the constant magnitude and does not change its polarity or direction throughout the time, is termed as direct current.

Q1. What is a short circuit?

Answer: A short circuit is an unwanted connection of very low resistance such as a wire, which provides a very easy path for current. We can consider it as an electrical short cut. We use short circuit to describe a fault or accidental connection rather than a deliberate one.

Q2. What is the relation between voltage and current?

Answer: The relationship between the voltage, current, and resistance in an electric circuit is described by Ohm’s Law: i = v/r means current is directly proportional to the voltage .