The quantity, which has only magnitude and no direction, is termed as a scalar quantity. For example length, mass, speed, etc are some of the examples of scalar.

What is a Vector?

The physical quantity, which comprises of both magnitude and direction, is termed as a vector quantity. For example, velocity, momentum, force, etc are some of the examples of scalar.

Difference between Scalar and Vector 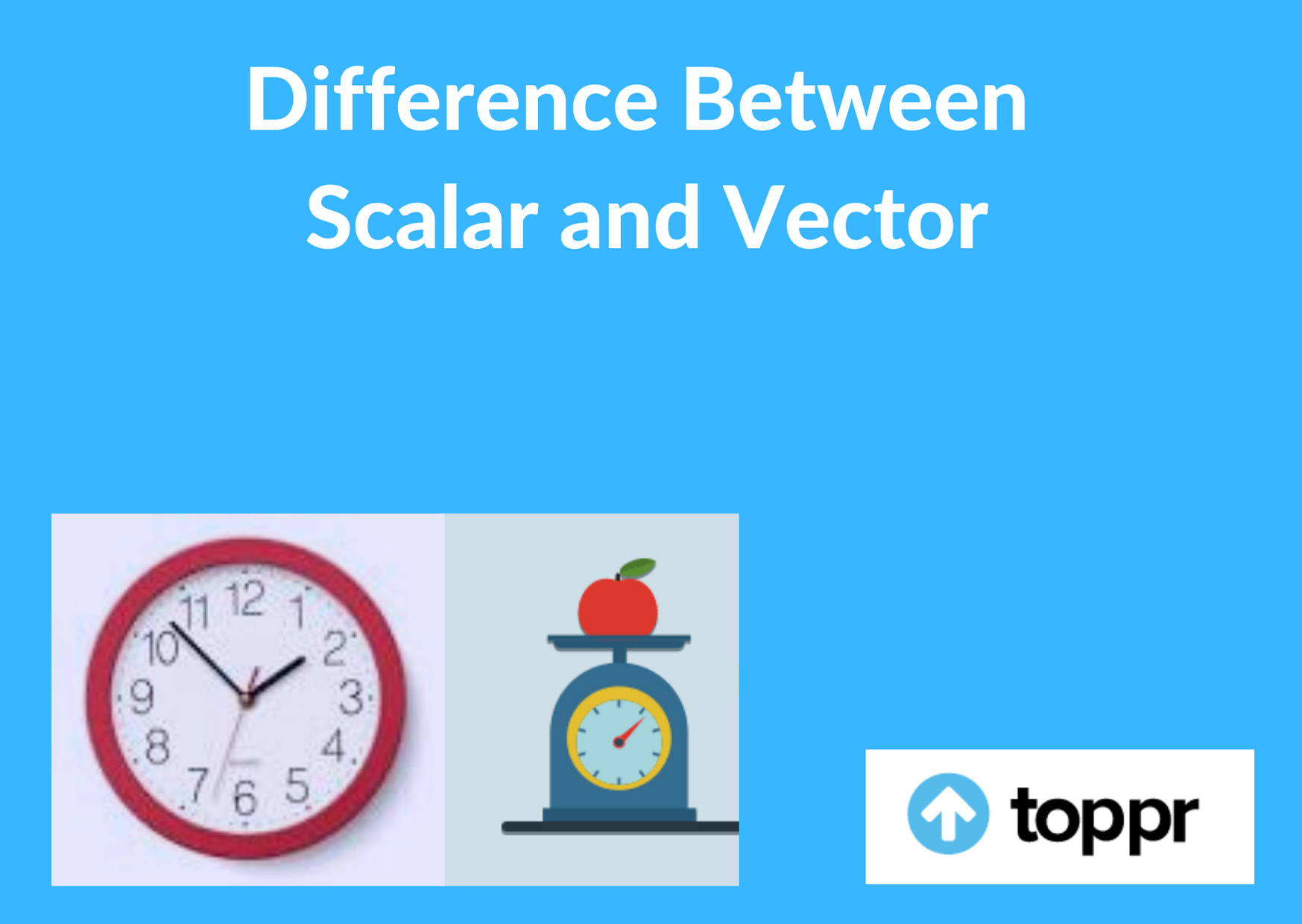 Difference between scalar and vector

The important difference between scalar and vector:

A scalar quantity is one that has only magnitude but no direction. So, it is merely a number accompanied by the corresponding unit. For example, length, mass, duration, speed, etc. are scalars, so they have no direction. Scalar has no specific direction of application, in every direction its value will be exactly the same.

The value of the scalar will be exactly the same in all directions. Therefore, every scalar is a one-dimensional parameter. Consequently, any change in scalar quantity reflects only change in magnitude, as no direction is associated with it.

A vector quantity has magnitude with the unit and a specific direction. So specifying the direction of action along with its value or magnitude is mandatory while defining or stating a vector quantity. Displacement, weight, force, velocity, etc. are vectors.

One can resolve Vector with the help sine or cosine of adjacent angles (vector resolution). A vector quantity follows the triangle law of addition. The vector product of two quantities is said to be the cross product.

FAQs about Scaler and Vector:

Q.1 Why Electric current is not a vector as it has a direction?

Answer: Electric current flows in a direction opposite to the flow of electrons. Current has both magnitudes as well as a direction but it does not follow vector addition. Therefore, it is a scalar.

Q.2 Which type of quantity is forced either a scalar or a vector quantity?

Answer: Force is a vector quantity as we define it by its magnitude as well as direction.

Q3. What is the magnitude of a unit vector?

Answer: The magnitude of a unit vector is unity. A unit vector has no units or dimensions.