Motor engines are sounding alike, but there is some difference between these based on the number of strokes. Basically engines are of two types on this basis, two-stroke, and four-stroke engines. Both of these engines contain the same parts like the crankshaft, piston and combustion chamber, etc. But, the main difference is the way of movement of the crankshaft and piston in the engine. Automotive engines are kept on changing over the years, but still, two main gasoline-powered combustion engine designs remain the same which are the two-stroke and the four-stroke. Here we will have the topic for discussing the engines and also the difference between two-stroke and four-stroke engines.

What is a two-Stroke engine?

In such type of engine, the entire combustion cycle is completed with only one piston stroke. It consists of a compression stroke followed by the explosion of the compressed fuel. Then after the return stroke, the exhaust is let out and hence a fresh fuel mixture moves into the cylinder. The spark plugs fire once in every single revolution, and therefore power is produced once in every 2-strokes of the piston. It is to be noted that such engines require the oil to be pre-mixed in with the fuel.

What is a four-Stroke engine?

In such type of engine, the piston completes its two-strokes during each revolution. It consists of one compression stroke and then one exhaust stroke, afterward each will have a return stroke. The spark plugs fire only once during one next revolution. Therefore the power is produced in every four-strokes of the piston. It is to be noted that there is no requirement pre-mixing of fuel and oil. This is because they have a separate compartment for the oil.

Difference Between Two-Stroke and Four-Stroke 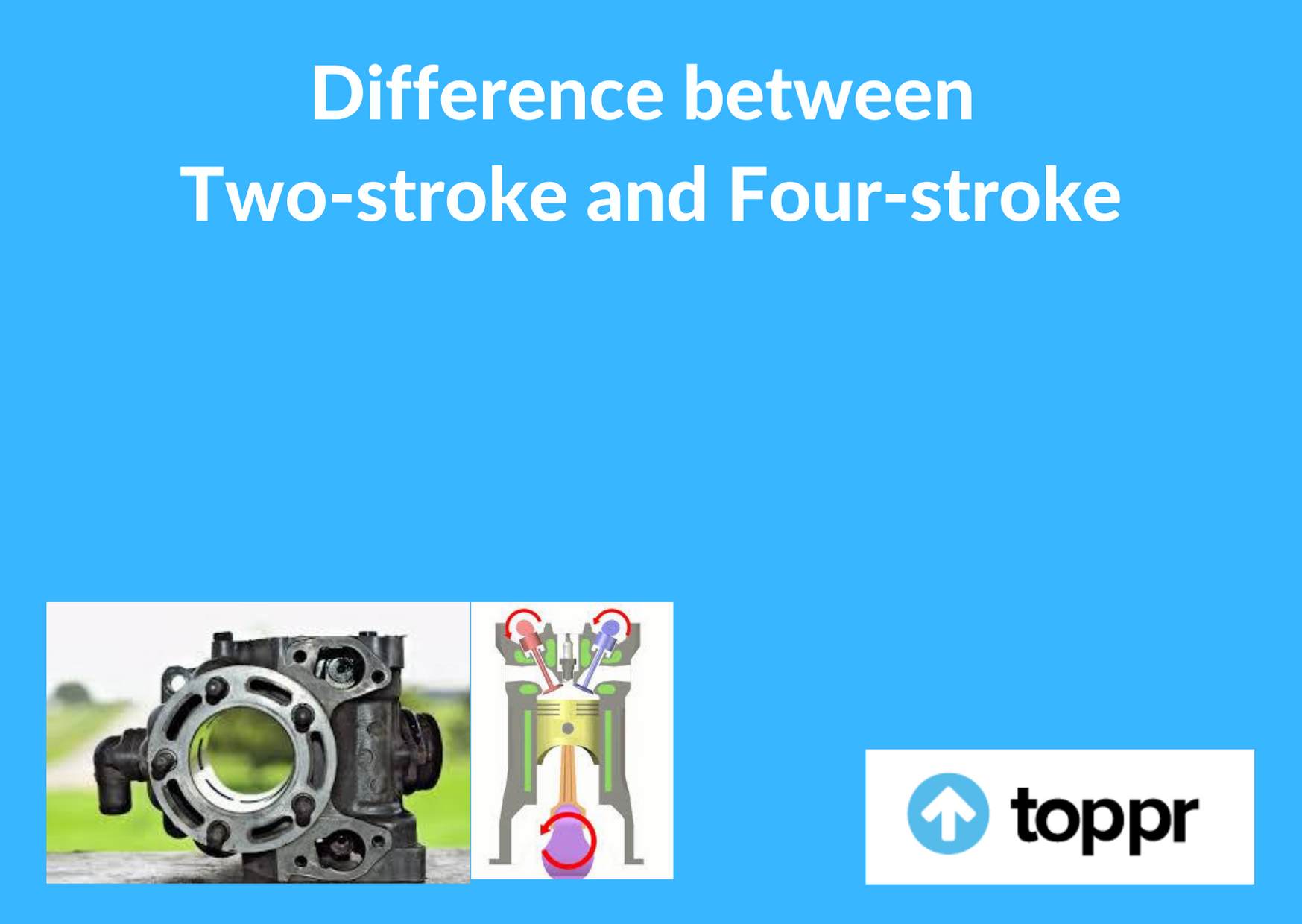 The important difference between two-stroke and four-stroke engines

After having some important points about the difference between two-stroke and four-stroke engines, let us have some more details.

Working of a general combustion-based engine:

To get a better understanding, let us have some related basics. During the engine’s combustion cycle, in the cylinder, the piston moves up and down. Two such terms are popular one is TDC, i.e. top dead center and the other one is BDC i.e. bottom dead center. These terms are referring to the piston’s position inside the cylinder. Also, TDC is the nearest to the valves, whereas BDC is the furthest. A stroke happens while the movement of the piston from TDC to BDC, and vice versa. The complete combustion cycle is the process of gas and air being sucked into the piston, igniting it, and finally expelling the exhaust. Therefore we have 4 steps as follows:

FAQs about two-stroke and four-stroke:

Q.1: What is the simple meaning of the stroke of an engine?

Solution: Stroke of an engine is the distance covered by its piston from TDC to BDC. Based on the number of movements of piston, the engine is classified as a two-stroke or a four-stroke engine.

Q.2: Give some examples of a two-stroke engine.

Q.3: Give some examples of a four-stroke engine.

Solution: Four-stroke engines are useful in anything from go-karts, lawnmowers, and dirt bikes. Also, useful in the typical internal combustion engine in our vehicle.