There is a high probability that the body will get deformed when the external force is applied. The amount of deformation depends on the kind of molecular attraction of the body. With the deformation, various internal forces inside the body act strongly to bring it back to the initial state. The higher the deformation the greater is the magnitude of internal forces. Let us learn about thermal stress in detail. 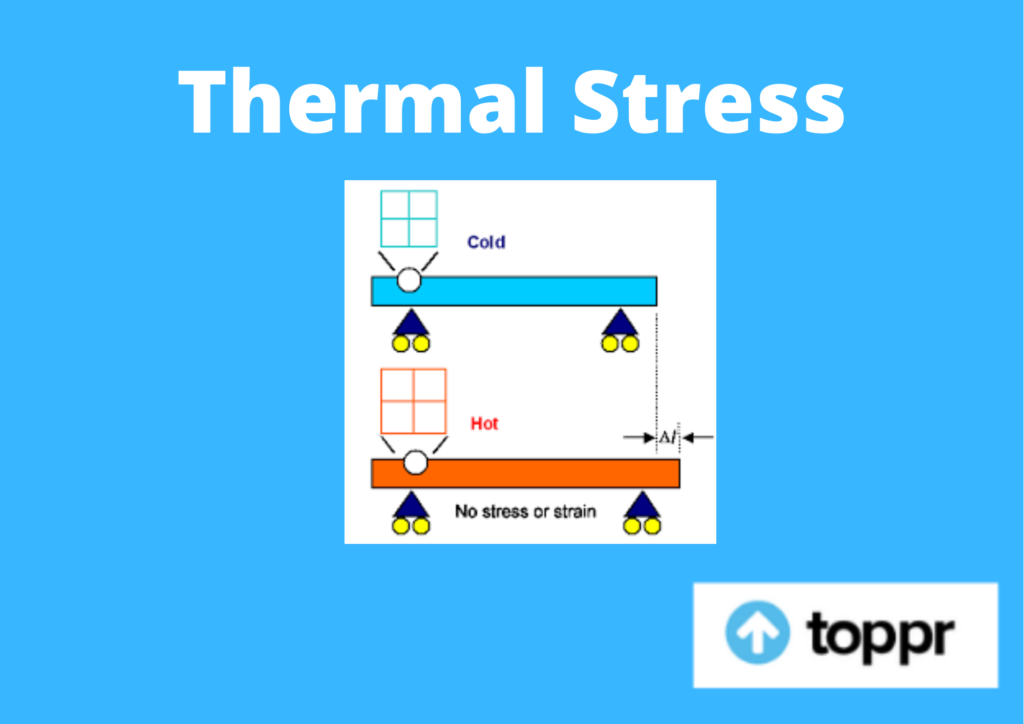 It is the restoring force acting on the per unit surface area of a distorted body. At the equilibrium stage, the internal forces linked to distorted bodies are equal and opposite to deforming forces. If the deforming force removes then the inside force of restitution brings back the deformed body to its original shape.

Stress is F/A where A is an area, F is the externally applied force expanding the body length (L). The internal force of similar magnitude is produced (F) in the opposite direction. 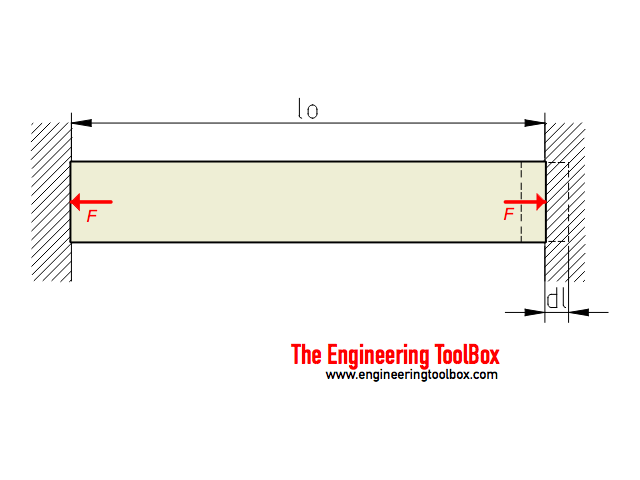 The external force applied to the body leading to any kind of deformity occurs due to alteration in temperature. The stress that results, we call it thermal stress.  Further, we can also define thermal stress as the action of corresponding stress in the body due to compressive strain as a result of thermal contraction and expansion.

The gap between the inner and outer end of the rail track is an excellent example of a rail track. The two steel rods we use as rails on which the train passes. These steel rods are in touch with outer and inner ends. The extent of thermal stress produced due to temperature and friction can easily bend these rods.

The Formula of Thermal Stress

Let us assume that a solid rod with (A) area undergo thermal expansion. Original length L0 increase to L. The temperature rise is ^T.

L-L0= alpha ^t  where alpha is the coefficient of material’s linear expansion.

It can be further simplified to Y( alpha)/L0

Thermostat- It is a common application. Thermos is temperature and stat is static. It is a device that maintains or regulates constant temperature. We also use it in constructing electronic devices from iron boxes to air conditioners.

Iron box- Bimetallic strips- Thermostat has an iron box. The bimetallic strip is the formation of two metals of the distinct coefficient of thermal expansion link together.

Thermal stresses can have a significant effect on the structural strength and stability if we do not consider it correctly. The potential to creak cracks and breaks in various regions of major weakness often occurs due to negligence in understanding Thermal stress.

One of the most common examples of thermal stress is the fracturing of glass that occurs when we heat the glass to a high temperature and immediately dip into cold water. The crack and fracture in the glass are different than the one that occurs as a result of the impact.

According to the laws of Thermodynamics, Thermal Stress is a mechanical process that occurs due to the change in the internal temperature of an object. Under normal conditions, any rise in temperature causes additional stress. However, sometimes in addition to stress, thermal shock can also occur which causes the sudden fracture or cracking of an object.

Question 1: How do you calculate thermal stress?

E is Young’s Modulus, (a) is the coefficient of linear thermal expansion, and dT is the change in temperature.

Question 2: What is stress vs strain graph?

Answer 2: Also known as Stress-Strain Curve, this is a diagram representation of the relationship between stress and strain when the Temperature is constant. 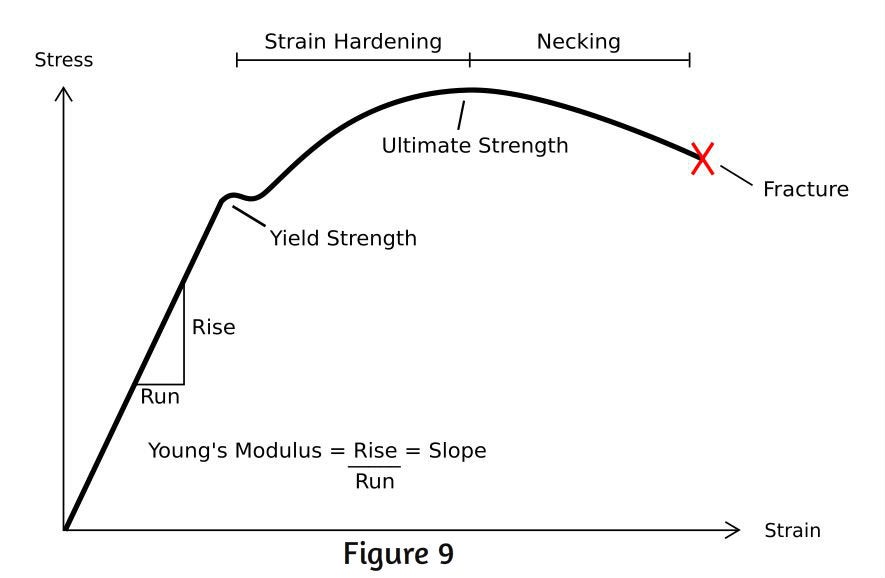 Due to additional factors like Tensile strength, compressive strength, and torsional load, there is a gradual deformity in an object.  Moreover, the graphical representation of the distortion occurring along with the amount of stress and strain produce a curved outline which we refer to as the Stress vs Strain Graph.

Question 3: What is the unit of thermal stress?

Answer 3: Stress is symbolized as the force per unit area required to deform an object. Hence, the formula of Stress can be noted as [ML -1 T-2]. CGS units of stress are dyne cm-2 and the SI unit of Thermal STress is Nm-2.