Statistical Mechanics is one of the pillars of modern physics. It is used in the study of a physical system with many degrees of freedom. The approach depends on statistical methods, probability theory, and microscopic physical laws. In this article, we are going to discuss the very same thing. 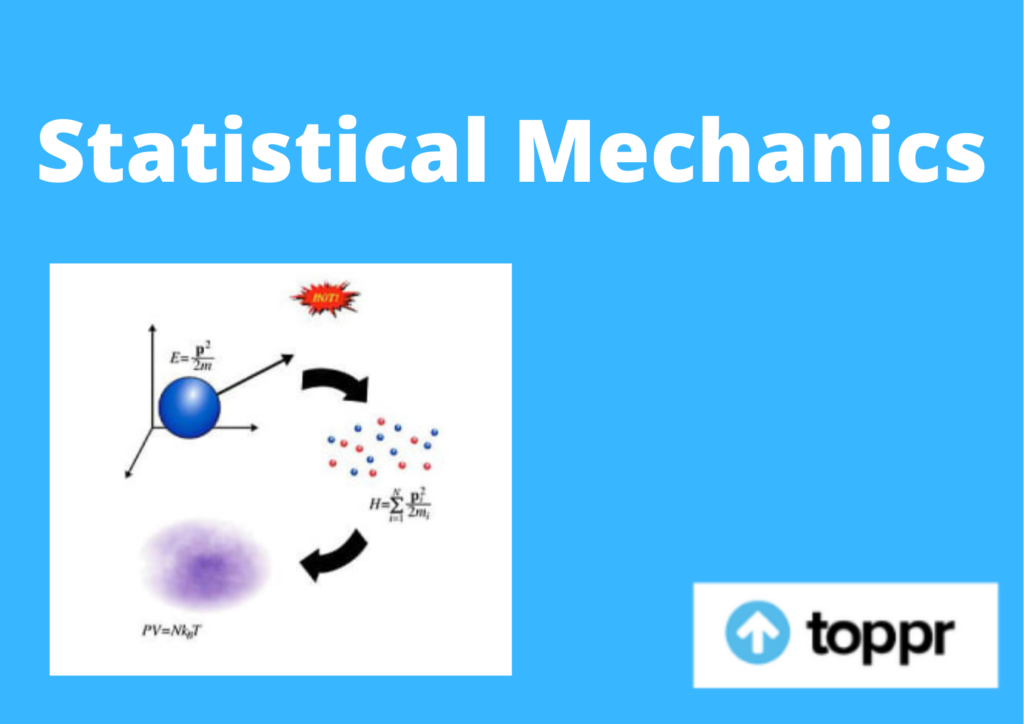 It is a branch of physics that studies the application of probability theory and the mean or average behaviour of the mechanical system. Moreover, the system state is uncertain. In addition, the key advantage of using Statistical Mechanics is to offer the right methods of connecting thermodynamic factors to microscopic behaviour. Further, it also helps to extend laws of thermodynamics with a certain degree of freedom.

Many physical phenomena consist of a quasi- thermodynamic process of equilibrium. Some examples are:

Two kinds of mechanics are in physics- classical mechanics and quantum mechanics. These concepts are as follows:

The primary concept is the entire state of the mechanical system at a time that is encoded for classical mechanics is quantum physics.  Another is the motion equation carrying the state in time. The Hamilton equation comes under quantum mechanics.

It was started in 1870 with Boltzmann’s work. It was published in his 1896 lecture. Moreover, the concept was introduced by Boltzmann.  The term was coined by J. Willard Gibbs, an American mathematical physicist.

“A system has an equal probability of being in any microstate that is consistent with its current macrostate.”

Hence, we can say that:

According to quantum mechanics. Micro state, as in Hilbert Space is the exact value as that of the wave function. Further, when the amplitude of the basic functions combines in a single microscopic variable state, this gives rise to the need for Quantum Statistical Mechanics.

Similarly, according to Quantum Mechanics, a macroscopic variable is the combined value of the operators instead.  In every given scenario the energy remains constant and the system is in an isolated state. 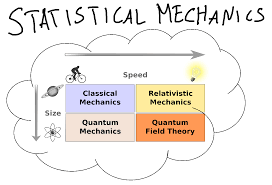 It utilizes probability theory for determining the distribution of molecular states and motions in various molecule systems. Furthermore, it also offers a methodology to get macroscopic or bulk properties. It also helps to describe and explain the concept of superfluity, superconductivity, collective phenomena, turbulence in plasma and solids. Therefore, you can also apply the concept of statistical mechanics in the structural attributes of liquid.

Question 1: on a scale of 1 to 10, with 1 being the hardest, how difficult is the Statistical mechanics’ analysis?

Answer 1: Statistical mechanics is solely based on theoretical research of data and derivatives. While it is moderately difficult, the work that is most laborious and time-consuming is an analysis of each segment of the stats and combining them to create a balanced equation.

Question 2: What is the difference between thermodynamics and statistical mechanics?

Answer 2: Thermodynamics is completely based on Empirical laws. Moreover, it is the detailed study and analysis of the mechanical and thermal properties of macroscopic systems in their state of complete rest or equilibrium. However, it is a practical approach to understand the functionality of microscopic systems and obtain the data from it.

Question 3: What do we use the statistical mechanics for?

Answer 3: Quantum mechanics and thermodynamics are the two core aspects of Statistical mechanics. Further, combining the data from both branches helps in understanding macroscopic and microscopic aspects and properties of atoms and molecules together.