Table of content
1 Pendulum
1.1 Definition of a Pendulum
1.2 Types of Pendulum
1.3 Telling Time
1.4 Seismometers
1.5 Metronomes
1.6 Solved Question for You

A pendulum refers to a weight which is suspended from a pivot. This suspension ensures that it can swing freely. They are used for certain purposes in the real world. Students can learn more about pendulums and their purposes here.

Definition of a Pendulum

A pendulum refers to a simple device that includes a weight suspended on a string, metal, wire, or other material. Furthermore, this weight swings back and forth. Grandfather clocks and the like have made use of pendulums to keep time. 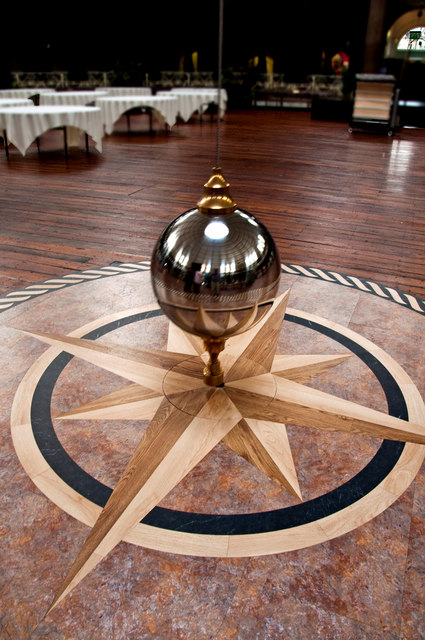 Various scientific principles govern what affects the swing rate of the pendulums. Furthermore, these principles predict how they behave based upon the features.

The various kinds of pendulums include the bifilar pendulum, the Foucault pendulum, and the torsion pendulum.

Telling time is one of the most important purposes of pendulums. The creation of the first pendulum clock took place in the 1600s. This was certainly the most accurate way of telling time for about 300 years. Furthermore, the pendulum inside a clock can keep the hands running on time. This is because; the motion of pendulums is a constant time interval.

In the case of grandfather clocks, one can see and hear the pendulums at work when it oscillates back and forth. Moreover, the pendulum clock is accurate only if it remains stationary. Furthermore, mobile clocks such as quartz and digital time have become the norm since the 1930s. However, one can still see pendulums in antique clocks as well as new models of grandfather clocks.

Pendulums play a significantly important role in seismometers. Earthquakes are very difficult to predict. But pendulums in seismometers provide a lot of help to scientists in this regard.

One of the earliest known pendulums was found in a seismometer in from the Han dynasty. That seismometer measured seismic activity in the ground just like today.

The pendulums in the seismometer of the first century certainly activated a series of levers. Consequently, this directed a small ball to fall out of one of the holes of the instrument. Also, the instrument had eight such holes. Therefore, ancient scientists tried to estimate the direction of the earthquake.

Current seismometers are certainly more advanced. When the current pendulums detect movement, then they graph the magnitude of the movement with a pen. Furthermore, the pen is attached to the pendulum. Most noteworthy, a vigorous swinging of pendulums is an indication of intense and dangerous seismic waves.

Reading music depends to a large extent on the ability to play a certain beat. Also, beginners and amateur musicians have trouble keeping that regular beat in their minds. Such amateurs and beginners musicians are encouraged by experts to use a metronome. Moreover, a metronome is a device that emits a click or a light for each beat of a predetermined interval. This takes place with the help of pendulums.

There are some metronomes that consist of a visual element. As such a musician can look at the metronome’s pendulum. This is just like they were looking at a conductor’s wand to keep the beat steady. Above all, the musicians can focus on a new interval by adjusting its length to their desired beat.

Q1 Which of the following is not one of the purposes of a pendulum?

A1 The correct answer is option C., which is climate change.