The hardest metal is the ones which can withstand much force. Furthermore, these are the metals that make up many types of equipment.

In order to make equipment strong, the flexibility of the metal is also considered. If metal is flexible enough then there is a less chance for its breakage.

Moreover, the space between the binding of the molecule also signifies the hardness of the metal. The less space the more is the strength of the metal to withstand force.

The hardest metal is the ones which have all these major qualities. 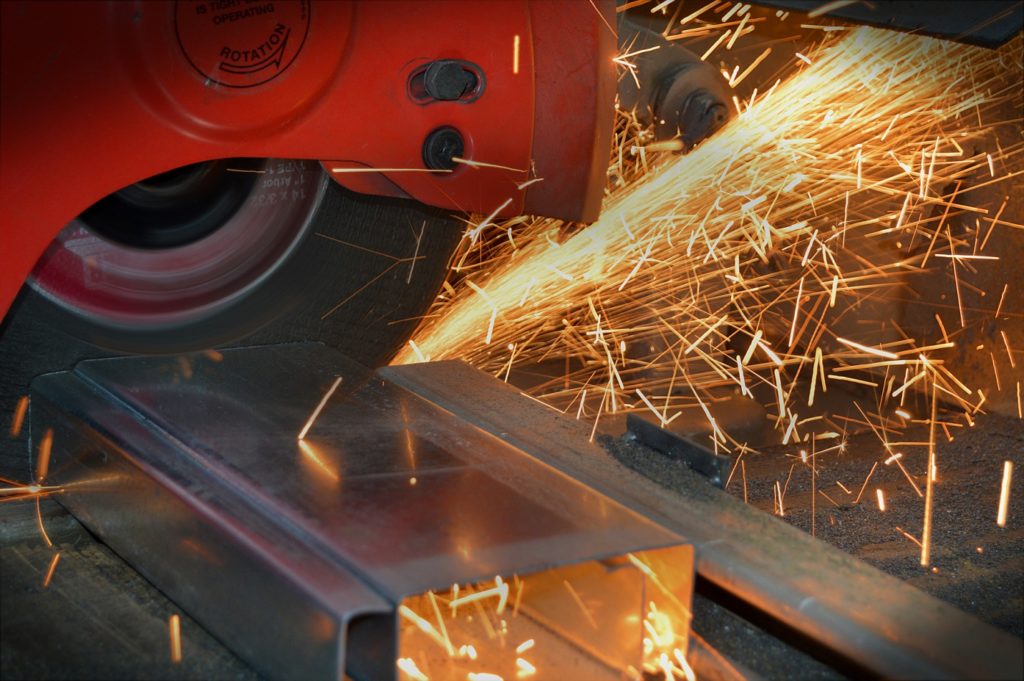 The Top 10 Hardest Metals on Earth

The meaning of the Tungsten itself is ‘ heavy stone’. Further, it is a grey-white lustrous metal that has the lowest vapour pressure. Moreover, it has the highest melting point, so it gets used in the making of light bulbs.

Furthermore, it has the highest tensile strength at 1650°C. Apart from this, it has an atomic number 74 in the periodic table. The melting point at 3410°C and boiling point at 5530°C. As a result, the Tungsten is one of the hardest metal present on earth.

Chromium holds the second position in the world’s strongest metal on Earth. It is a steel-grey and lustrous metal with atomic number 24. The use of Chromium is in making the stainless steel alloy. Furthermore Chromium metal has corrosion resistance and hardness, so it has a high value. The Melting of Chromium is 1907°C and its symbol is ‘Cr’.

Titanium is a lustrous metal with silver colour. It is said to be the ninth most abundant element in the Earth’s Crust. Moreover, it is low density and high in strength. Titanium has a very useful property which is its Strength-to-Density ratio.

Furthermore, it’s stronger than steel but is less dense. The melting and boiling points of titanium metals are 1668°C and 3287°C respectively. The use of Titanium is for making strong and lightweight alloys for Aerospace.

Gadolinium has an atomic number 64. It is silvery earth metal after removing the oxidation. Moreover, it is a malleable and ductile rare-earth metal..Above all Gadolinium has a tensile strength of 430 x 106 Pa. Moreover, the melting point if this metal is 1312 °C and the boiling point is 3250 °C.

Iron is one of the most abundant elements found on earth. It has an atomic number 26. Furthermore iron is the main component in making steel alloy. Iron is corrosive in nature because of which steel is an important alloy of it. Iron is one of the hardest metals in the world. It has a melting point of 1538°C.

Vanadium comes after iron in hardness. Furthermore, it is not corrosive in nature. The melting point of Vanadium is 1910°C. Moreover, the use of Vanadium is in making the steel hard for automobiles parts.

Lutetium is one of the rarest elements on Earth. Therefore it is one of the most expensive metals. Furthermore, the melting point is 1663°C. Lutetium has its use in the petroleum industry. Moreover, in the process of polymerization, alkylation is also used.

It is a greyish-gold metal that has an atomic number 40. Its major property is it is highly corrosive resistive metal. Furthermore, the melting point of Zirconium is 1855°C. Moreover, its uses are in nuclear reactor tubing. Moreover, in households, it uses in making scissors and knives.

Osmium is a metal that is used in making fountain tips. Further, the melting point o Osmium is 3033°C. Furthermore, it looks like vibrant bluish-white metal. The atomic number is 76 and it’s further used in the making of strong needles and electrical constants.

Tantalum is useful in making capacitors and high power resistors. The melting point is 3020°C. Furthermore, it is used in the surgical industry because it is inert to the human body.

Q. Which is the hardest metal?