In the Direction Sense Test, the questions consist of a sort of direction puzzle. A successive follow-up of directions is formulated and the candidate is required to ascertain the final direction or the distance between two points. The test is meant to judge the candidate’s ability to trace and follow correctly and sense the direction correctly. Here we will see many types of questions that may be asked in this section. The section will check your grasp on the topic and also provide you with a chance to improve your abilities. 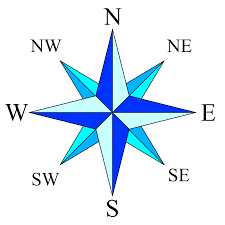 Q6: Kunal walks 10 km towards North. From there he walks 6 km towards South. Then, he walks 3 km towards East. How far and in which direction is he with reference to his starting point? (M.B.A – 1996)

Q7: Johnson left for his office in his car. He drove 16 km towards the north and then 10 km towards west He then turned to the south and covered 5 km. Further, he turned to the east and moved 8 km. Finally, he turned right and drove 10 km. How far and in which direction is he from his starting point?

Most answer I guess were wrong. Like Last 3 questions.