What is an Earth Satellite? An object revolving around the earth is earth satellite. Do you why the reason why do the satellite’s orbit? The satellites orbit due to the 1st law of motion which states that an object is at rest or in a state of motion unless acted upon by an external force. 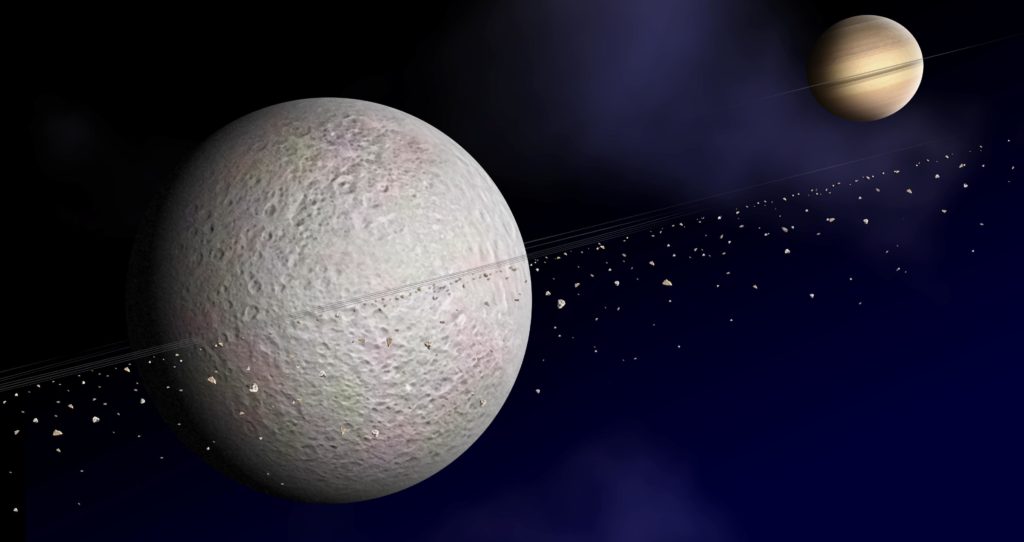 In fact, the Moon is the only natural satellite for earth that has existed on its own and keeps on revolving around the earth.

Let us derive an expression to determine the time taken by the satellite to complete one rotation around the earth. Suppose a satellite keeps on revolving around them in a circular orbit. So as it moves in circular motion, there is a centripetal force acting on it.

This centripetal force will act towards the centre. Now there is another gravitational force between the earth and the satellite that is,

We want to calculate the time period of the satellite. We know that, satellite covers a distance of 2π ( Re+ h ) in one revolution

Thus this is the time period taken by the satellite to revolve around the earth.

The Energy of Orbiting Satellites

We know that m is the mass of the satellite and the velocity with which it moves is v. So what is the kinetic energy of the satellite? It is given by \( \frac{1}{2} \) mv²

Q1. Out of the following statements, the one which correctly describes a satellite orbiting about the earth is