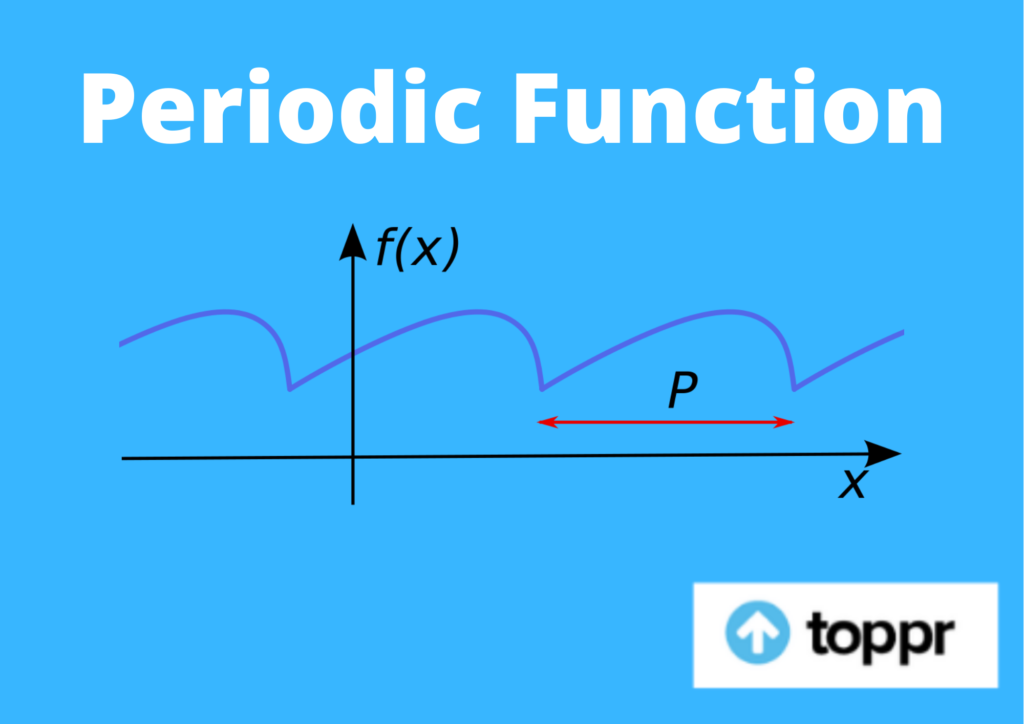 Introduction to a Periodic function

To understand this, the periodic function displacement of an object. Let us consider a pendulum oscillating in equilibrium. The displacement will start from zero and reach a positive point. It then goes back to zero and then to a negative point.

In a graphical representation, the interval length between two identical points is termed as the Period. It is generally the horizontal distance along the x-axis that is considered. Function travels through this specific distance in a repeat cycle creating the Periodic function.

In addition to the usable trigonometrical periodic variations, other periodic functions are the light and sound waves.

The formula to calculate this function is as follows.

Here f is said to be a periodic function if that is the case of a non-zero constant P for all values of x.

The value of a Period in a periodic function depends on certain aspects.

Periodic Function Equation and its Derivation

The equation for it is given for an oscillating object as follows:

SHM is a simple harmonic motion. A pendulum is the best example of this type of motion. In this type of motion, the object will to and fro creating an at a given amount of time. When the given motion can be represented in the form of a sine curve, it is a simple harmonic motion. In this case, the restoring force is opposite in direction to the displacement.

The force that is being exerted on the object during the movement is called the restoring force. Also, this force is directly proportional to the displacement. This kind of motion is periodic motion as well as an oscillating motion. We can refer to this as a special case of a periodic function.

The ideal example of such a case of a periodic function is the movement of a pendulum. In everyday life, the pendulum clock will be a good example.

Question 1: What is a period in a periodic function?

Answer 1: When the function has a repetitive pattern, we define it as a Periodic Function. The pattern is a consistent graph representation of periods that has the same interval length between each cycle.

Question 2: How does one recognize if a function is periodic?

Answer 2: The presence of a positive numerical value represented as T determines the functional periodic. As we know that f(x+T) = f(x), hence the minimum value of T is determined as the period of a specific function.

Question 3: What are the different parts of a periodic function?

Answer 3: It comprises two primary components. They are a) Period b)Function

Share with friends
Previous
Modulation And Demodulation
Next
Photometry