The human eye is an integral component of the sensory system that helps in visualizing light. However, the light is a complex system consisting of the various colour spectrum that is distinguishably different from each other. Thus, photometry is a part of science concerning light regarding colour apparent by the viewer from the actual incitement of impinging photons into the eye and the consolidated reaction with the brain. Let’s discuss it in detail below. 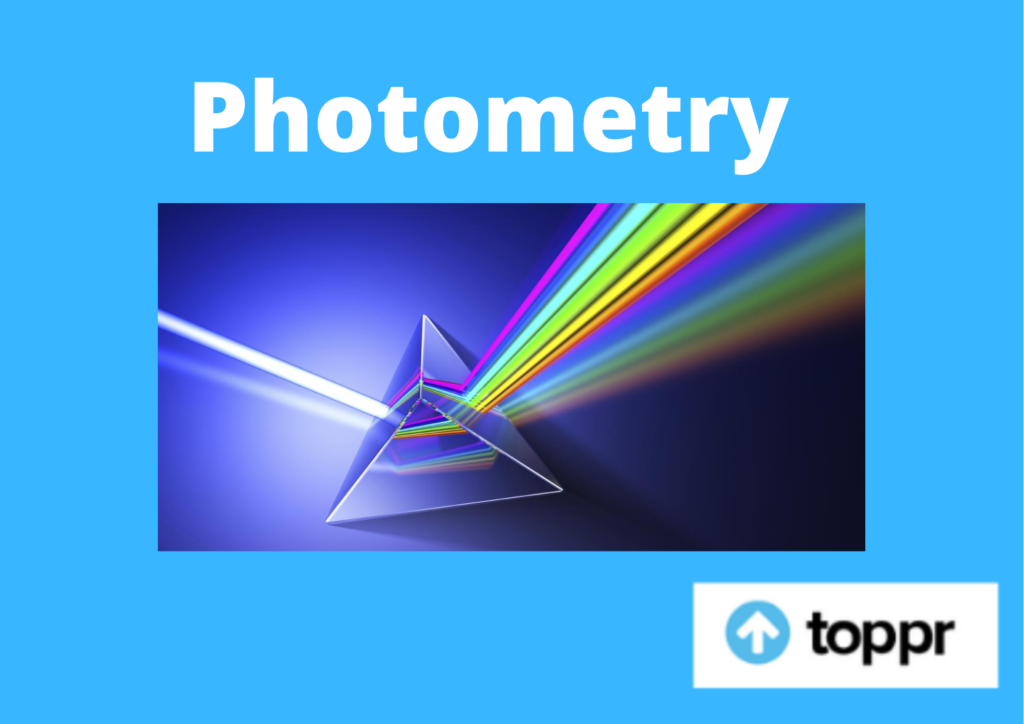 It is an arrangement of language, numerical formulations, and instrumental procedures used to portray and quantify the spread of light through space and materials.

As in outcome, the radiation so examined is limited to the noticeable (VIS) segment of the range. Thus, the solitary light is visible radiation. The natural eye reacts just to light having frequencies between around 360 and 800 nm. Moreover, radiometry manages electromagnetic radiation at all frequencies and wavelengths. While photometry manages noticeable light—that part of the electromagnetic range that animates vision in the natural human eye.

We characterize it as the study of the estimation of the obvious scope of light, regarding its brilliance to the human eye. What we call “light” is basically the radiation inside this noticeable reach. Thus, light has a frequency range which people can notice.

Moreover, all radiation has its own energy and light has the energy to invigorate the eyes. Thus, the natural eye can recognize radiations that have a frequency in the scope of 370 nm to 780 nm. The total amount of visible light emitted per unit of time by a specific source is called Lumen. Further, it is one of the key points essential in determining Photometry.

The fundamental unit of estimation which comes in use in photometry is the lumen. We identify the term with its radiometric analogue, the Watt.

Lighting Photometrics and its Importance

Photometry is the science of measuring visible light which the human eye perceives. The measuring unit of illuminance is the LUX or foot-candle. In other words, it indicates the amount of illumination a specific surface unit receives.

We identify Fibre photometry with neuroscience. It is a method to record neural elements and comes in use to understand animal behaviour with neural action. Further, we use it to screen signals from the fluorescent marker in conventionally characterized animals behaving. It is an optical chronicle procedure that utilizes the light identifier, light source, and an optical fibre embedded in the animal mind.

Moreover, fire photometry comes in use for inorganic substance examination to decide the grouping of metal particles. Furthermore, it comes in use for metals like sodium, potassium, calcium, and lithium. Because of various frequencies of photons, each metal gives an alternate colour fire. Thus, under the controlled condition, the convergence of the substance can be measure from the light power of the frequency created by atoms.

Question 1: What is the basic photometric unit?

Answer 1: Watt (W) is the principal unit of visible light as measured under analogue quantitative analysis

Question 2: What is a photometric test?

Answer 2: It is the comprehensive laboratory testing which comes in use to analyze the various component of light spectrum distributions. For instance, quantity, colour variations, quality of light, and spatial spreading of the emitted light

Answer 3: An American astronomer by the name of Harlan Trey Stetson invented Photometry in 1916