Let us now see the refraction of light at the spherical surface. Now, the change in direction or bending of a light wave passing from one transparent medium to another caused by the change in wave’s speed is the Refraction. Suppose the above figure is a spherical surface. There is one medium with refractive index n1 and second medium with refractive index  n2.

Now as we know that,

Now, for Δ NOC, i is the exterior angle.

Now by using Snell’s law we get 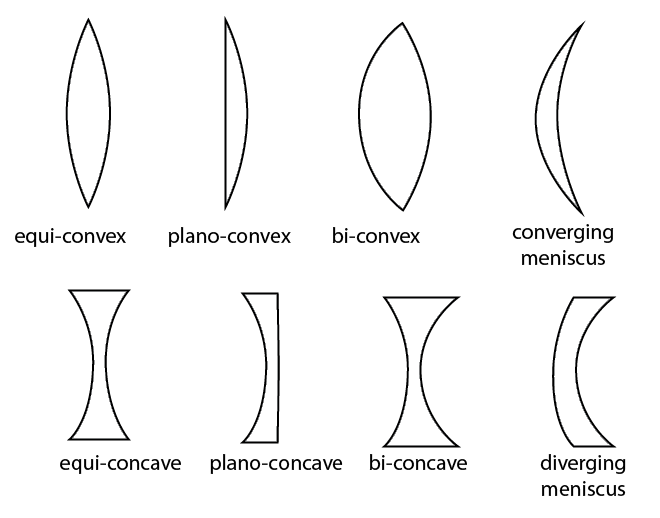 A lens is a part of a transparent thick glass which is bounded by two spherical surfaces. It is an optical device through which the rays of light converge or diverge before transmitting. Thus spherical lenses are of two major kinds called Convex or Convergent lenses and Concave or Divergent lenses. The point from which these rays converge or appear to diverge is called the Focus or Focal point. Q1. A fish sees the smiling face of a scuba diver through a bubble of air between them, as shown. Compared to the face of the diver, the image seen by the fish will be: