You see the blue sky, the white clouds, the red sky at the time of sunset and sunrise. All these are nothing but natural wonders. Do you know the sky appears to be blue or the clouds to be white? This is all due to the sunlight. Let us study about one such natural phenomenon due to sunlight that is the rainbow.

Table of content
1 Suggested Videos
2 Natural Phenomena Due To Sunlight
2.1 Scattering of Light
2.2 Browse more Topics under Ray Optics And Optical Instruments
2.3 The Rainbow
3 Question For You

Natural Phenomena Due To Sunlight

When we enter a dark room, usually we cannot see the path of light. But with the help of the laser beam, we are able to see the path. This is due to the scattering of light by small particles of air in the path of the laser beam. The phenomenon in which path of the light incident on the particle is redirected in a different direction this is called scattering of light. Light of shorter wavelengths is scattered much more than the light of longer wavelengths. Sometimes we do wonder why does the sky appear blue? Since the wavelength of the blue color is smaller than the wavelength of the red color, the scattering of the blue light by the particles in earth’s atmosphere is very large. Although the violet light is scattered more than the blue light, our eyes are not very sensitive to violet light. This is the reason we see the sky as blue. 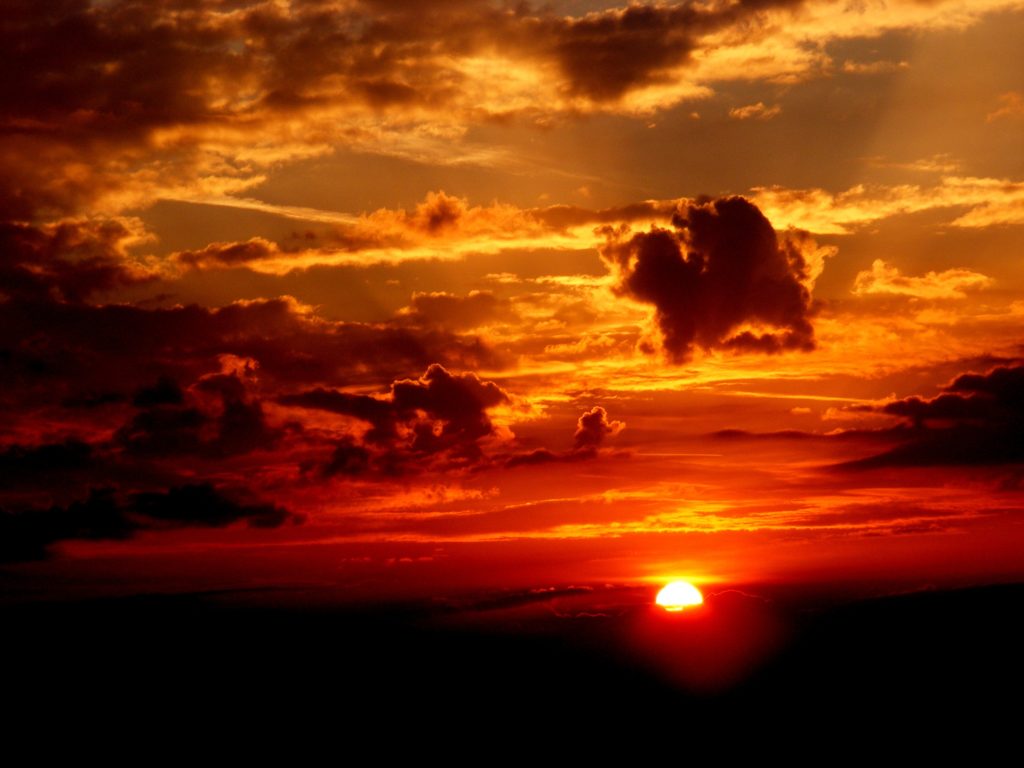 The cloud is composed of dust particles and molecules of water. These particles are large and do not obey the law of scattering. Therefore all the colors are scattered equally. So the clouds are white. At sunrise or sunset, sunlight has to travel through the atmospheric air for longer distance. As a result, a large number of air particles come in its way. These particles scatter most of the blue light and make the sun look orange and red.

Everyone must have seen the rainbow. The rainbow that appears in the sky is the most beautiful optical phenomenon. The sunlight passing through the water droplets present in the atmosphere undergo reflection and refraction to form a rainbow.  Sometimes after the rains two rainbows are seen. The two rainbows are the primary rainbow and secondary rainbow.

If the sunlight undergoes one internal reflection in the raindrops before emerging than the rainbow formed is the primary rainbow. Primary rainbow is brighter and narrow. It has red color at the outer edge and violet at the inner edge. The red light has a longer wavelength and is bent at least.  The violet with a shorter wavelength is bent most. While forming a secondary rainbow, light rays undergo two internal reflections inside the water drops and due to this, it appears to be faint. The colors are reversed in the secondary rainbow with red at the inner edge and violet at the outer edge.