Music is one thing that manages to move almost all of us. The Laud, praise, glorify or honour has got to music just because of the musical instruments that produce the music. It is probably the most successful type of hypnotism present today. It is something that we all don’t regret saying that we enjoy. We may find it difficult to talk to people on a day-to-day basis but while listening to music we can sway our heads or sing-along regardless of the people around us. The most important aspect of this mind-soothing activity is instruments. All instruments come together to form something amazing. 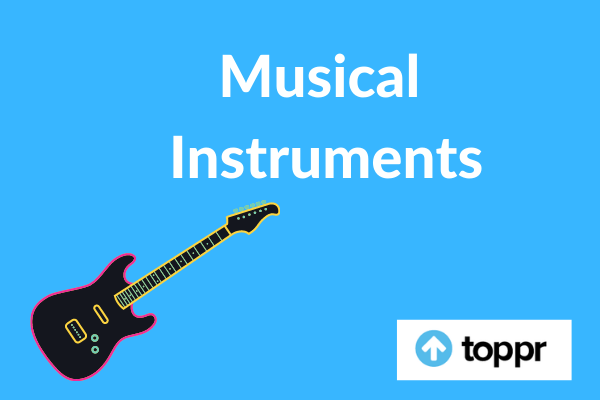 A musical instrument is a gadget that makes melodic sounds. On a basic level, we can see an article that produces a sound like an instrument—it is through reason that the item turns into an instrument. The historical backdrop of instruments dates to the beginning of human culture. Early instruments may have been utilized for custom, some rituals, for example, a horn to flag accomplishment on the chase, or a drum in a strict service. Societies, at last, made a structure and execution of songs for diversion. Instruments advanced in sync with changing applications and advances.

The materials we use in making instruments differs incredibly by culture and application. Many of the materials have uncommon hugeness inferable from their source or extraordinariness. A few societies worked substances from the human body into their instruments. In old Mexico, for instance, the material of drums was produced using real human body parts acquired from conciliatory contributions.

In New Guinea, drum creators blend human blood into the cement used to connect the layer. Mulberry trees are held in high respect in China inferable from their fanciful hugeness. The instrument creators consequently utilize them to make zithers. The Yakuts accept that making drums from trees struck by lightning gives them a unique association and connection with nature.

Musical instrument development is a specific exchange that requires long periods of preparing, practice, and now and again an apprenticeship. Most producers of instruments work in one kind of instruments; for instance, a luthier makes just stringed instruments.

Some make just one kind of instrument, for example, a piano. Whatever the instrument built, the instrument producer must think about materials, development strategy, and beautification, making a fair instrument that is both utilitarian and stylishly satisfying. A few manufacturers create test instruments, regularly implied for singular playing styles created by the developer themself.

The User Interface of the Musical Instrument

They may create sound by wind being fanned (organ) or siphon (accordion), vibrating strings either pounded (piano) or culled (harpsichord), by electronic methods (synthesizer), or in some other way. At times, instruments that don’t generally have a keyboard, for example, the glockenspiel, are fitted with one.

In spite of the fact that they have no moving parts and are struck by hammers held in the player’s hands, they have a similar course of action of keys and produce soundwaves likewise. The theremin, an electrophone, plays without actual contact by the player.

The theremin detects the closeness of the player’s hands, which triggers changes in its sound. All the more as of late, a MIDI regulator keyboard we use with a computerized sound workstation may have a melodic keyboard and a bank of sliders handles and fastens that change many sound boundaries of a synthesizer.

Q.1. What is stretch tuning?

Answer. The frequency ratio of octaves on a piano is found to be slightly greater than 2:1, especially for the very high and very low notes, and especially for small pianos. The reason for this is that the octaves are usually tuned to eliminate interference beats between the fundamental of the upper note and the second part (or resonance frequency) of the lower note. The second resonance of a struck string usually has a frequency that is slightly higher than twice that of the first, because of the finite bending stiffness of the string. Playing an instrument that only sounds one note at a time, or singing, many musicians stretch octaves. However, playing chords with other instruments, they usually play 2:1 octave.

Q.2. Why does rubbing your finger around the rim of a wine glass make a note?

Answer. Like a percussion instrument, the glass will vibrate with a scope of frequencies when you tap it (softly). When you rub your finger around the edge, you are consistently placing in energy.  Thus you produce a supported note. It works throughout a period of a millisecond or somewhere in the vicinity, the fingertip ‘sticks’ quickly to the glass, at that point ‘slips’ a little and, if the conditions are perfect, the glass will vibrate so the finger ‘sticks’ once more, one time of vibration later. The component is fairly similar to that of the violin bow on the string: see Bows and strings. Wine in the glass blocks the vibration of the part that it involves, so you can tune the note by drinking a portion of the wine.

Glasses of various sizes likewise have various pitches. A few glasses ring for more when you tap them: there is a less inner loss of energy in the glass. These appear to be simpler to play with the fingertip, as well. Benjamin Franklin developed an instrument ‘glass armonica’. It comprises of a bunch of glass bowls, of shifting sizes, on a turning hub. The player contacted a bowl to make a note. One of Mozart’s last syntheses (K617) was for the glass armonica, woodwind, oboe, viola and cello.

Q.3. How important are the materials which are useful in making the instruments?

Answer. The sort and nature of the wood we use for string instruments are significant. The fact is that vibrating wood gives the sound of string instruments. In wind instruments, the materials are of significantly less significance, if they are adequately unbending. The dividers do vibrate – one can at times feel the vibration for certain notes. In like manner metal and woodwind instruments, be that as it may, the dividers transmit all things considered a minuscule division of the all-out sound, so any divider vibration contributes legitimately all things considered a little segment of the sound.

One can envision that the slight vibration during playing could influence the movement of the air stream, reed or lips driving the line, yet this would be a tiny impact. The vibration of the instrument itself is likewise essential for the criticism that the artist gets. Thus it might be significant for mental reasons. The vibration of the ringers of trumpets and horns is quantifiable and this may have a little impact, likely circuitous, on the sound.