Have you ever thought about how your sound travel and reach another ear? If not, then let us discuss how a sound wave is generated and gets transferred through any medium. Before going deep into the topic of the sound waves, let us first brief a little bit about the sound and a wave. 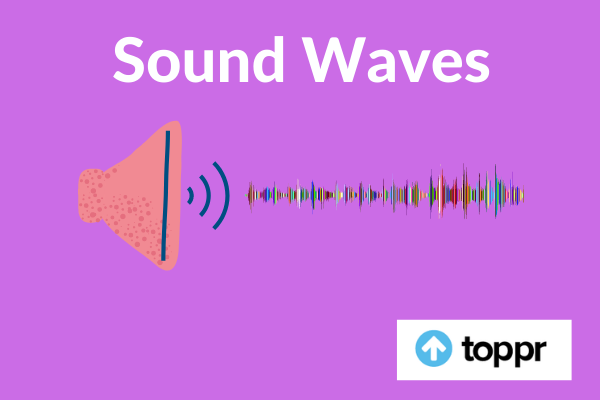 What is a Wave?

What is a Sound Wave

A sound wave is a simple pressure wave that is caused by the movement of air molecules away from the source and like all waves we expect it to have a frequency and an amplitude. It also has a wavelength associated with it. As already said it is a  pressure wave, such pressure causes the surrounding molecules to move back snd forth from their equilibrium position. This movement of the molecules determines the frequency and amplitude of the sound wave. These properties lend the sound wave its unique pitch and loudness. An individual with normal hearing can hear sounds in the range of 20-20,000 Hertz.

How is a Sound Wave Produced?

Let us consider an example for understanding the production of sound. Let us say someone comes to your door and presses the doorbell. You will hear the sound from inside. Can you guess how the sound travelled? It travelled through the air. Here the medium of propagation is air.

Sound needs a medium of propagation. More scientifically if we understand it, we can see that as soon as the doorbell rang, sound waves were created which disturbed the immediate layer of air near it. This, in turn, disturbed the layer adjacent to it and this way the disturbance got carry forward and ultimately reached the human ear. This process took a very short time as the disturbance travelled very fast and is not visible to the naked eye. In this way, the sound wave is generated and reaches the ear.

How does Sound Wave Travel?

Sound energy travels in the form of sound waves. There are mainly two types of waves viz transverse wave and the longitudinal wave. Let us understand an experiment which will describe the travelling of a sound wave.

Let say there are 2 persons A and B. A brought a spring and asked B to hold the other end of the spring. Then A, with a quick upward flick of the wrist sends energy travelling through the spring. Here the transverse wave is generated. The molecules in the spring oscillate in the direction perpendicular to the direction of the generation of the wave.

Now again, A tells B to hold one side of the spring tightly, and then A pulls the other end towards himself and then pushes it towards B. On close observation, they find that some of the coils of the spring crowd close together or we can say it compresses and then slowly move farther apart which we can say elongation. This happens because the vibrations are parallel to the direction of the motion. If the wave moves from right to left then the particles will also move from right to left. This is the longitudinal wave. Sound waves are longitudinal waves.

Q1. What do you mean by the frequency of a sound?

Ans: Frequency is determined by the rate of movement of molecules set into motion by the vibrating object. This movement is measured in cycles per second, commonly referred to as Hertz. Hence we can say that the unit of frequency is Hertz. Frequency is that property of the sound wave which gives the sound a particular pitch.

Q2. What is the meaning of the Amplitude of a sound wave?

Ans: The amplitude is the maximum displacement of air molecules. These displacements lead to pressure fluctuations in the air which are expressed in units called decibel sound pressure levels. The amplitude determines the loudness of the sound wave.

Q3: What do you mean by the pitch of a sound?

Ans: Pitch is a term we use to describe how high or low sounds are. All sounds are caused by vibration and when those vibrations occur at fairly consistent frequencies, we perceive them as musical tones. Sounds that do not have a precise musical tone to them are referred to as having an indefinite pitch and such sounds are also referred to as noise.

Q4: What do you mean by the wavelength of a sound wave?

Q5: Why is the speed of sound more in water than in air?

Ans: In water, the particles are more close to each other. Hence the disturbance or vibration travels faster in water.