Let us start by describing the states of matter. In solids, the molecules are very close to each other. They have strong forces of attraction. As seen in the above example, the atoms in the solid lie neatly in planes in a definite orientation. Solids display high density, long-range structural order and characteristic rigidity with resistance to change in volume. They have comparatively good conductivity and heat conduction ability.

To convert a solid into a liquid you need to heat the solid beyond its melting point. The atoms absorb this heat and vibrate more and more. Hence, the atoms of solid move apart and ultimately it starts to flow. The melting point depends on the atmospheric pressure, the purity of the substance etc. This marks a change in the states of matter. 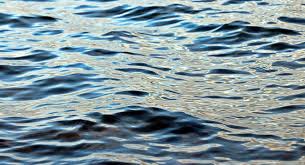 The intermolecular forces of attraction amongst liquids are weaker than those amongst solids hence liquids do not have a definite shape but the forces are strong enough so that liquids have a definite volume. Liquids display properties like viscosity, flow, etc. They are comparatively more compressible as compared to solids.

To convert liquids into gas you need to heat the liquid beyond its boiling point. This process is the process of ‘Boiling’ or ‘vaporization’. Hence, to convert a liquid to a solid we cool it below its freezing point. This process is known as ‘Freezing’. During vaporization or freezing, the constituents of the liquid are in thermal equilibrium with the constituents of the other states (gas or liquid). 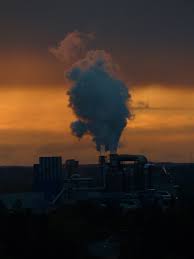 The molecules of a substance in this state have the least intermolecular forces of attraction amongst them. Gases display properties like dispersion and compression. To convert gases to liquids we cool them below their boiling point. This process is the process of ‘Condensation’.

When the change of state is studied carefully, we see that the temperature of a substance remains constant during a change in the state! This is very strange. As if the change in state opens up new portals or spaces where our supplied energy hides. Therefore we call this hidden energy, the latent or the hidden heat. Let us understand this with an example: 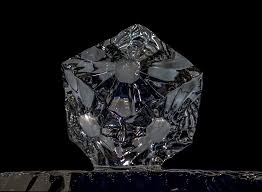 Suppose we have a block of ice we want to convert to water. We all know that ice turns to water and vice versa at 0°C. Now assume we start heating ice at 0°C. You will observe that when we do so, the temperature of ice does not change. It starts converting to water but the temperature does not rise until the entire ice block has been converted to water. But we are heating the ice block right? So, what happened.

If a mass ‘m’ of any substance undergoes a change in state by absorbing an amount of heat, Q at a constant Temperature T, then we have:

All the heat supplied to the ice at 0 0C is used by the ice to change its phase from solid to liquid. Thus the heat supplied is not used up to raise the temperature of the substance. There are 2 kinds of Latent heat:

Now similarly, if you want to convert the phase of a substance from a gas to liquid or from liquid to solid you need to cool the substance to its boiling point or melting point as the conditions demand and then extract the amount of Latent heat to facilitate the phase change.

Solved Examples For You on the States of Matter

Heat lost by the hot water = heat gained by the ice