Wave power refers to the capture of the energy of wind waves for the purpose of doing useful work. Furthermore, wave energy converter (WEC) refers to a machine that exploits wave power. Also, the generation of wave power is not a widely employed commercial technology in comparison to other established renewable energy sources like solar power, hydropower, and wind power.

One would have noticed that there is a certain kind of air force near any seashore. This is due to a type of energy whose transportation takes place by wind waves. Experts call this energy as wave power. 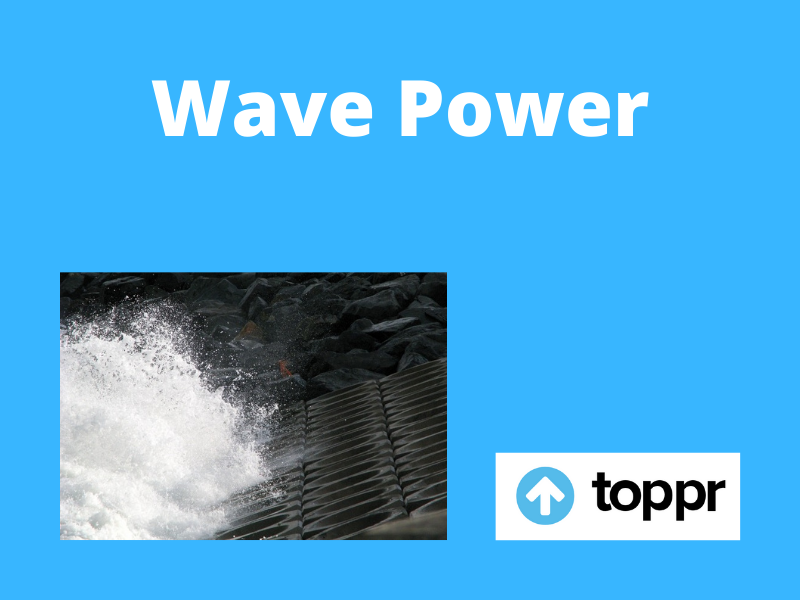 The estimate from experts is that worldwide resource of coastal wave energy is greater than 2 TW. Furthermore, the locations that have the most potential for wave power include the Pacific coastlines of North and South America, Australia, New Zealand, western seaboard of Europe, the northern coast of the UK, and Southern Africa. Also, the best sites for capturing wave power are the north and south temperate zones.

Estimates have been made by the National Renewable Energy Laboratory (NREL) with regards to the amount of energy whose generation could take place from wave energy converters (WECs) on their coastlines. Experts estimate that the generation of the total energy amount along the United States coastlines is equivalent to 1170 TWh per year.

This accounts for approximately 10 kWh per United States citizen per day. Moreover, it is almost 5% of the overall energy consumption per average citizen.

The coastline along Alaska accounts for approximately 50% of the total energy whose creation took place within this estimate. Considering this, proper infrastructure must be in place to facilitate the transfer of this energy from Alaskan shorelines to the mainland United States. The aim here is to appropriately capitalize on meeting the energy demands of the United States.

The numbers above show the great potential these technologies possess if their implementation takes place on a global scale to satisfy the search for renewable energy sources.

With the passage of time, WECs have gone under heavy examination by way of research. Furthermore, this examination relates mainly to their efficiencies and the transportation of the generated energy. WECs can certainly have efficiencies near 50% as the NREL has shown.

The wave power formula is below,

P = power of water wave that is present in-depth (Watts)

l = length of the wavefront.

Question 2: Briefly explain how electricity is generated from waves?

Answer 2: When the wind passes over the ocean’s surface, the transferring of a portion of the wind’s kinetic energy takes place to the water below. This results in the generation of waves. Most noteworthy, electricity production happens when kinetic energy of the wave turns a turbine attached to a generator.