Table of content
1 Introduction to Phase Angle
1.1 How do we Measure Phase Angle?
1.2 Relationships of Resonance Circuit
1.3 Formula of Phase Angle
2 FAQs For Phase Angle

Phase angle refers to a particular point in the time of a cycle whose measurement takes place from some arbitrary zero and its expression is as an angle. Furthermore, a phase angle happens to be one of the most important characteristics of a periodic wave. A periodic wave is one whose displacement is characterized by a periodic variation with relation to distance or time or both.

The continuous repeating pattern of the periodic wave helps in the determination of its amplitude, period, and frequency. Furthermore, phase angle refers to the angular component periodic wave. Moreover, it is a complex quantity whose measurement takes place by angular units like degrees or radians. 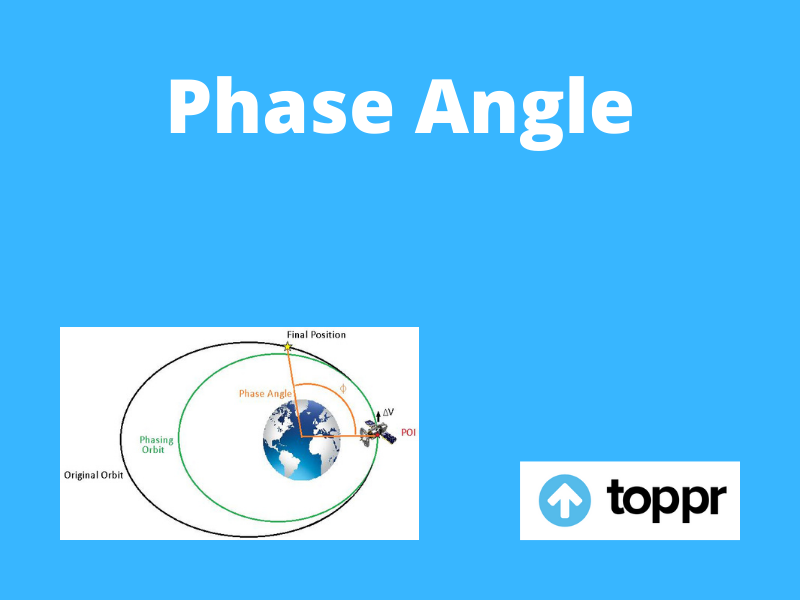 How do we Measure Phase Angle?

When considering a periodic wave, the measurement of a phase angle can take place by using the following steps:

Experts call the resonance circuit as the RLC circuit. Furthermore, it consists of a capacitor, inductor, and resistor. Most noteworthy, the explanation of the voltage and current behaviour belonging to the RLC circuit with relation to phase is below:

Resistor: The current and voltage in the same phase in a resistor. Therefore, the phase differences between these quantities present in a resistor turns out to be zero.

A refers to the magnitude

Question 1: Explain what is phase angle in physics?

Answer 1: A phase angle is a very important characteristic of a periodic wave. Furthermore, it tells us about the phase shift that is present between total voltage and total electric current. Also, the displacement of a periodic wave is characterized by a periodic variation with relation to distance or time or both.

Question 2: What is meant by phase difference?

Answer 2: In the context of a sine wave, a phase difference is simply the time interval by which one wave is said to be either ahead or behind waveform.  Furthermore, phase difference is a relative property of multiple waveforms. Moreover, the complete phase in any waveform happens to be 2π radians or 360 degrees.